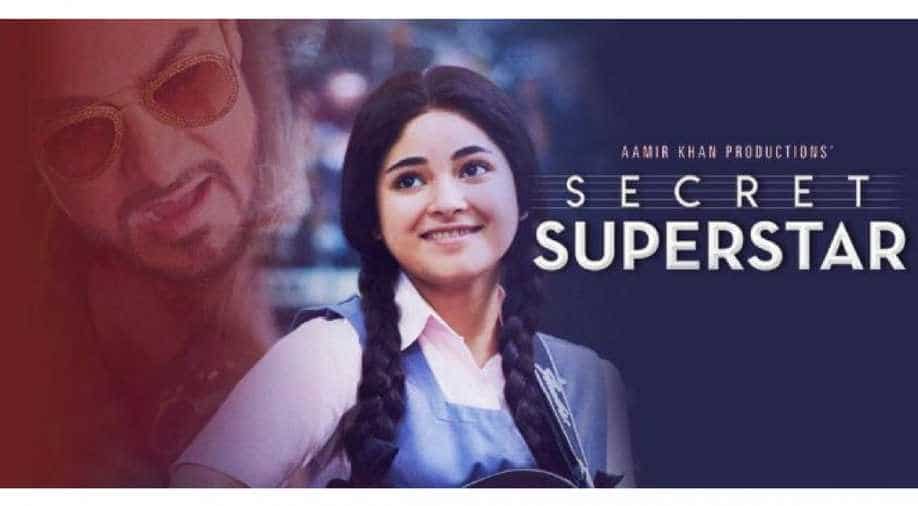 Dangal actress Zaira Wasim opened up about suffering from depression in a note on Facebook. Taking to social media on Friday, Zaira wrote about how she was told she was "too young to be depressed" and that depression is "just a phase."

In her note, she admits that it took a lot of courage to come to terms with her depression and talking about it in public. She revealed being diagnosed with severe anxiety and depression four-and-a-half years ago "without being ashamed, embarrassed and having the fear of being judged for it." Her depression was intense and she constantly juggled between suicidal thoughts, starving, a daily dosage of medicines and restlessness that were the highlight of her days. She wrote, "Perhaps it could've been *JUST A PHASE* but this awful phase has put me in situations I never wished or chose to be in.”

She wrote: "Popping 5 antidepressants every day, anxiety attacks, being rushed to the hospital in the middle of the night, feeling empty, restless, anxious, hallucinations, having sore limbs from sleeping too much to not being able to sleep for weeks, from overeating to starving myself, unexplained fatigue, body ache, self-loathing, nervous breakdowns, suicidal thoughts were all parts of this PHASE.”

What made her struggle worse was that she was made to believe that "there's no such thing as depression" and that it can only be diagnosed in those above the age of 25. "I was always pushed into the bubble of denial, despite knowing the reality and I would always lie to myself and others and just shake my head in yes when they would say - It's nothing, you're too young to be depressed, I would just lie to myself and call the doctors crazy," she wrote.

Towards the ending of the note, Zaira who gave a star performance in both Aamir Khan films, Dangal and Secret Superstar said that she is now taking a break from social media. She added, "I just need a complete break from everything, my social life, my work, school and especially social media. I'm really looking forward to the holy month of Ramadhan as it may be the perfect opportunity to figure things out. Please remember me in your prayers.”

She also thanked her family and near and dear ones for "being patient" with her.

Zaira has not had it great with the social media on several occasions as she was once trolled for meeting the Jammu and Kashmir chief minister Mehbooba Mufti, after which she posted an apology and deleted it. In December, the 17-year-old actress was trolled again after she posted about a middle-aged man molesting her in-flight.