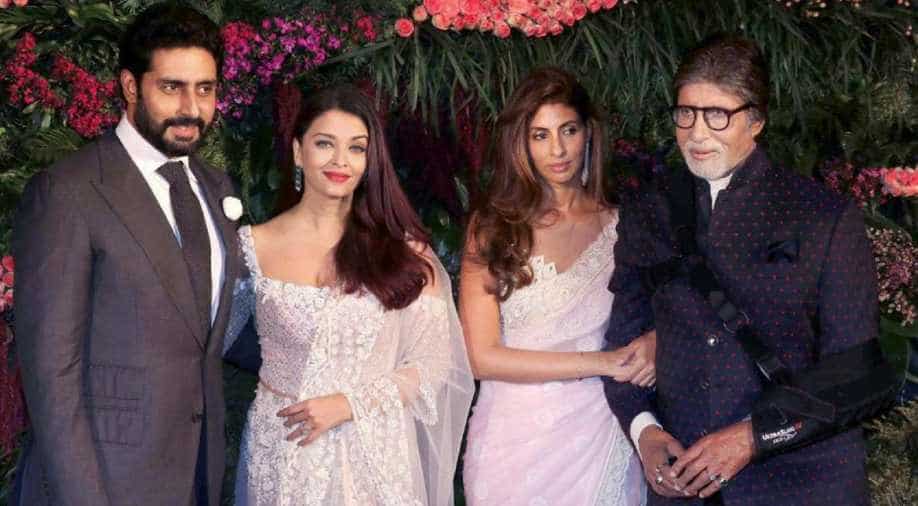 The veteran actor came to attend the star couple's wedding reception in Mumbai on December 26 with son Abhishek, daughter-in-law Aishwarya and daughter Shweta. While the actor gave memorable photo-ops for the paparazzi present, his right hand was carefully placed in a sling.

Confirming our doubts on his injury, the 75-year-old iconic actor wrote a blog post on his old injury aggravating.

He wrote: “An old injury to the left shoulder has through time and activity and age been giving nagging pain… That has recently got aggravated due to some strong usage on set. Though the pain became unbearable, the medication and the Tunnel visit has shown that it is an extra tear on the rotor cup, but that it is (has) not reached an alarming stage.”

He added, “The medication, the ice compresses and the sling and ice wrap are under constant follow… They say it should be in a better heal soon.”

Comforting his fans, the beloved actor also said that his pain is "not as bad as it looks".

At the wedding reception of Anushka and Virat, Amitabh Bachchan could be seen interacting with his industry colleagues and fans among the Indian cricket team who were there to attend their captain's wedding bash.

The actor will next be seen in "Thugs Of Hindostan" alongside Aamir Khan, Katrina Kaif and Fatima Sana Shaikh of the fame "Dangal".