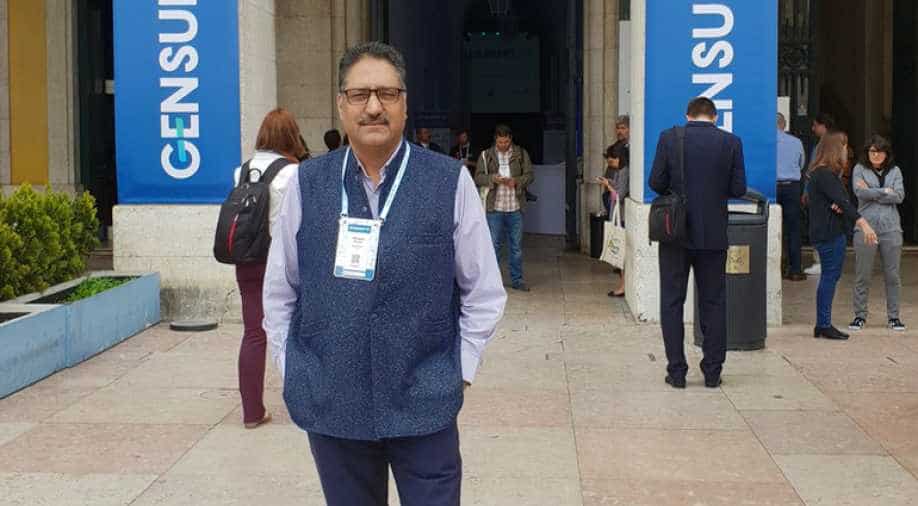 Naveed Jatt was killed along with another terrorist near Chathergam village in Jammu and Kashmir's Budgam district.

Security forces in Jammu and Kashmir have killed Naveed Jatt, the LeT terrorist who police say was involved in the assassination of journalist Shujaat Bukhari in June.

A second terrorist was also killed in the encounter that broke out in Budgam district's Chathergam village on Wednesday morning.

Budgam Encounter #UPDATE: Naveed Jatt and another terrorist gunned down by security forces. Jatt was involved in the assassination of journalist Shujaat Bukhari #JammuAndKashmir pic.twitter.com/lWcLJwOCFp

Television news reports said clashes broke out between the security forces and locals after Jatt's killing.

Two CRPF personnel were injured in stone pelting while encounter between security forces and terrorists was underway in Budgam (deferred visuals) #JammuAndKashmir pic.twitter.com/woUCaWeIt0

A K Bhatt, GOC Army’s 15 Corps: In an operation this morning in Budgam, 2 terrorists were killed. One of them is Naveed Jatt, he was believed to be involved in the killing of journalist Shujaat Bukhari. 2 of our men were also injured & taken to hospital, both are out of danger. pic.twitter.com/oyXkGmY7UG

Jatt was the second terrorist thought to have been involved in Bukhari's assassination to be killed.

LeT commander Azad Ahmed Malik was among six terrorists killed in an encounter last week. Police say he too was involved in Bukhari's killing.

Bukhari, editor of the Rising Kashmir newspaper, was shot dead outside his office in Srinagar's Press Enclave in June. Two of his (PSOs) personal security officers were shot dead along with him. (An attempt had been made on Bukhari's life earlier.)

Bukhari, 50, had at the time been about to leave for an iftar party.

Jatt was a Pakistani and had escaped from police custody from a Srinagar hospital on February 6 this year.