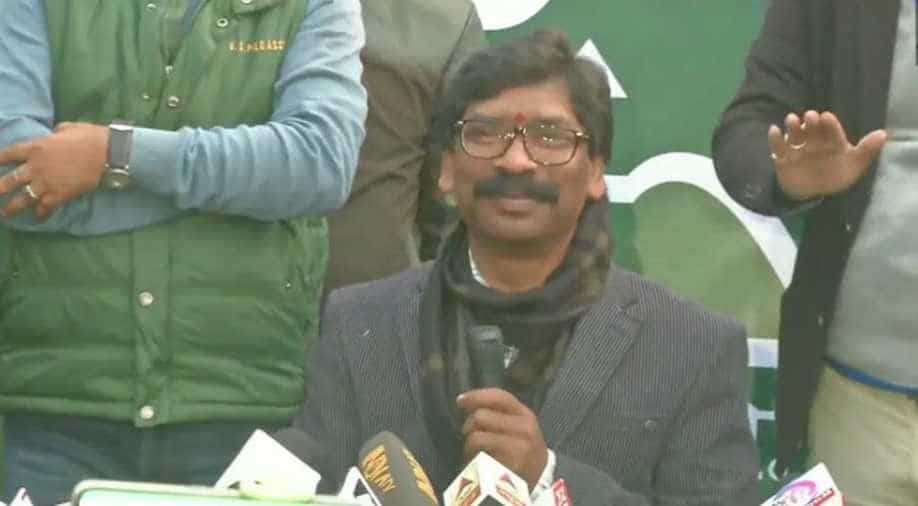 The election victory in Jharkhand by JMM, Congress and RJD is a classic example of an organic alliance defeating a much powerful adversary. Though BJP’s incumbency is also to blame for their defeat, few things done by the JMM-Congress alliance helped turn the tide.

Prime Minister Narendra Modi and Home Minister Amit Shah wanted to polarise the election around the Citizenship Amendment Act, the National Register of Citizens (NRC) and Article 370 but all three parties did not allow it. All three parties focused on local issues like land redistribution to the tribal community to new MSP prices for the paddy. The focus remained on immediate issues rather than slogans given by the leaders who came from Delhi. The alliance ensured that the election doesn’t get polarised on ideological issues. In the last phase in the Santhals, BJP’s gain remained incremental. They only gained two seats.

Alliance did not allow controversial leaders to campaign

Congress did not allow controversial leaders to campaign in the state. Congress did not create any controversy on ideological issues. Rahul Gandhi campaigned in five places, Priyanka in one, Jyotiraditya Scindhia in two, and Sachin Pilot also in two places. Rest of the leaders were state leaders. Even leaders like Chidambaram and Manish Tewari kept to the local issues after addressing the economy in the press conference. The Jharkhand team denied requests of many such controversial leaders to campaign in the state.

All rebels were accommodated reducing rebel candidates to zero

Alliance management was taken very seriously by the Congress. Despite being a junior partner, Congress organised joint meetings with two other partners at the workers level. It accommodated all the demands of Hemant Soren when it came to seat distribution. In fact, Congress did not give a candidate when its own senior leader Sarfaraz Ahmad got a ticket from JMM. Congress ensured that rebel candidates become a thing of past and most of the candidates denied tickets were accommodated during rallies on the stage with the top leadership.  Alliance ensured that share of rebels kept at a minimum.

Senior Congress leader Ahmad Patel enjoyed a free hand. In fact, this election was an out and out AP’s election. He gave a free hand to his team and intervened only when serious issues had to be sorted out with RJD and JMM leadership. He was the only senior person from Delhi directly involved with the state elections. It created a clean chain of command without creating confusion in the rank and file of the party. There was minimum interference from the office of Rahul Gandhi.

Block Presidents given due importance

RPN’s team did not allow any difference of opinion to emerge in this case. In fact, all district heads and bloc presidents were given space on the dais, when Rahul Gandhi and other senior leaders campaigned in the state. His rallies were not allowed to become conclaves for the Youth Congress. The local unit in one case even overruled Rahul Gandhi’s personal secretary who wanted to seat a couple of Youth Congress members on the dais. The person-in-charge categorically denied the request and told him that space above is reserved for bloc presidents who play an important role during the elections.

Bhupesh Baghel, the Chief Minister of Chhattisgarh also played an active role in this election. The forest minister of Madhya Pradesh Umang Singhar also camped in Jharkhand. Lot of state leaders went for a low-key campaign which focused on immediate issues like education, schools, and public safety. All remained low-key. Social media was used judiciously. Jharkhand elections witnessed the absence of any controversy thanks to social media.

Jharkhand is perhaps one state where the grand alliance was able to nullify BJP’s most potent electoral weapon. In fact, it used corruption as an issue against BJP. Governance and corruption are two issues which BJP has effectively used against the central leadership of the Congress in the past six years but in Jharkhand, the Congress was able to use these two issues against the BJP.