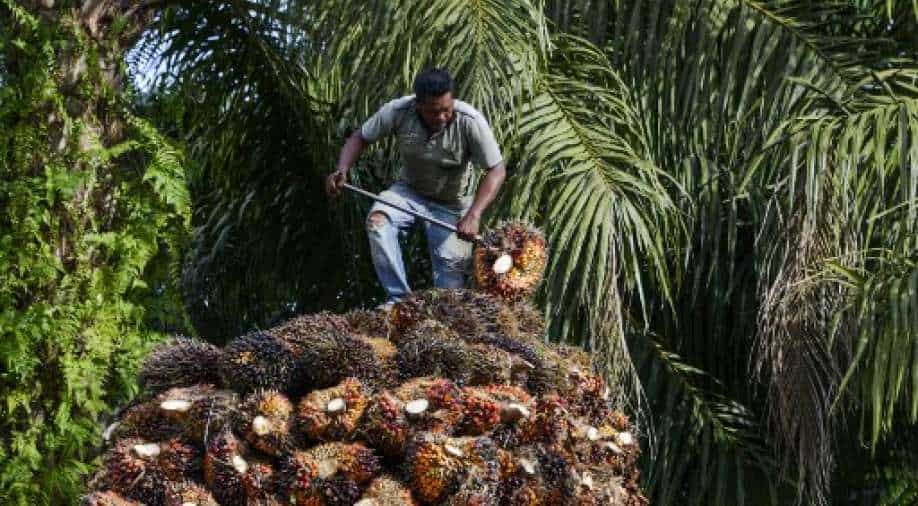 A worker loads palm oil fruits onto a truck at a plantation in Aceh province, Indonesia Photograph:( AFP )

Reports say Indonesia is set to ban the export of palm oil amid domestic shortage which may add to soaring food inflation worldwide.

Indonesia accounts for over half of the global palm oil supply. President Joko Widodo said his government would evaluate the implementation of the ban on edible oil in order to ensure cooking oil is available in the domestic market.

Cooking oil prices have shot up over 40 per cent this year in the country amid protests over the recent spike in prices.

Also Read: US says India not violating any sanctions by importing Russian oil

President Widodo said the country will suspend the export of cooking oil and raw material from April 28.

"I will monitor and evaluate the implementation of this policy so availability of cooking oil in the domestic market becomes abundant and affordable," President Widodo told the nation.

Watch: Is the West trying to hide Russian oil imports?

India is among the largest buyer of palm oil including China. Palm oil is widely used in various types of food products including in cosmetics, biscuits, detergents and chocolate.

Russia's invasion of Ukraine has already led to a supply shortage of sunflower oil even as the regular supply of soy and rapeseed oil has been hit due to drought in Canada, Argentina and Brazil.

Malaysia which is the second-largest producer of palm oil has been hit by a labour shortage due to the pandemic and is unlikely to fill the gap soon, reports claim

India reportedly imports nearly 4 million tonnes of palm oil from Indonesia. The country is already facing a fall in sunflower oil supply due to the Russia-Ukraine war. Reports say the price of crude palm oil in Mumbai has climbed over 50 per cent as compared to last year.