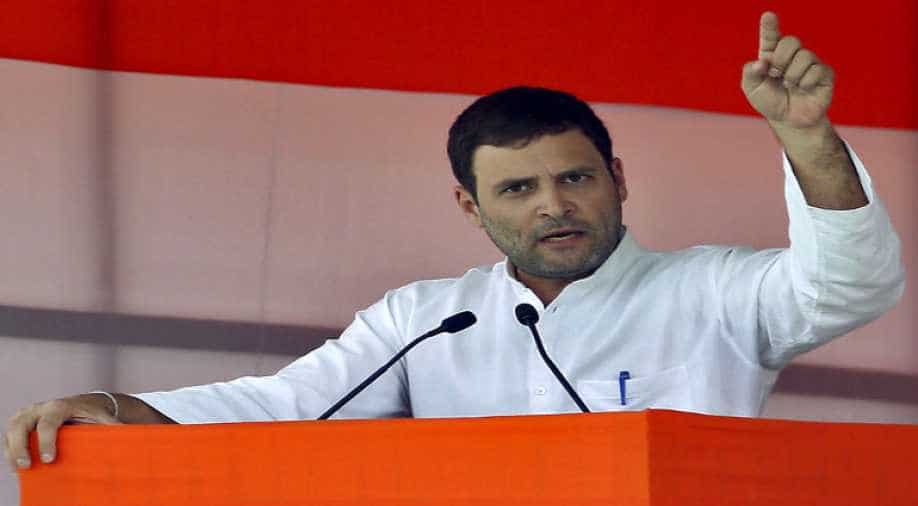 The poll body had on December 13 issued the show cause notice to Rahul Gandhi for "prima facie" violating the provisions under the election law and the model code by giving interviews to TV channels. Photograph:( Reuters )

The Election Commission tonight withdrew the notice to Congress leader Rahul Gandhi over his TV interviews during Gujarat polls, and said it will revisit a provision in the election law under which it was issued.

The poll body had on December 13 issued the show cause notice to Rahul Gandhi for "prima facie" violating the provisions under the election law and the model code by giving interviews to TV channels.

While withdrawing the notice, it told the Congress and the BJP, "The Commission is of the considered view that due to multi-fold expansion of digital and electronic media, the extant Model Code of Conduct, Section 126 of the RP Act, 1951, and other related provisions require revisiting to cater to the requirement and challenges of the present and emerging situations."

The poll body also decided to set up a panel to suggest amendments to a provision in the election law barring campaigning 48 hours ahead of polling, following complaints that it has failed to keep pace with information technology.

The order comes in the wake of controversies over Prime Minister Narendra Modi's FICCI meeting, Rahul Gandhi's TV interviews and the release of BJP manifesto in Gujarat -- all after campaigning had ended in the state.

After the EC passed the order, the Congress said if the commission had issued the notice just to prevent the telecast of Rahul Gandhi's interviews.

Congress communications in charge Randeep Surjewala tweeted, "If Election Commission has withdrawn its notice issued to Sh. Rahul Gandhi, two bonafide questions must be asked-: 1. Was it a mere ploy to prevent TV channels from showing his interview? and 2. Is it a justification for no action or registration of an FIR against PM & Ministers?"

The commission also said that proposed panel to review section 126 of the Representation of the People Act will have members drawn from the EC, Information & Broadcasting, law and IT ministries as also National Broadcasters Associations (NBA) and the Press Council of India (PCI).

The commission said Section 126 of the RP Act does not take into account communication revolution and "it appears imperative to revisit the provisions relating to the last 48 hours before completion of poll to appropriately address challenges unleashed by fast-changing technologies in the context of multi-phase polls."

The proposed panel will "examine these provisions in the prevailing context of communication technologies and suggest required changes," it said.

It also told the BJP about the complaint by the Congress that model code was allegedly violated by the prime minister and union ministers Arun Jaitley and Piyush Goyal.

Without issuing any directions, the Commission said, "BJP is advised not to make mention of any election matter pertaining to area going for the poll during the prohibited period of 48 hours, henceforth."