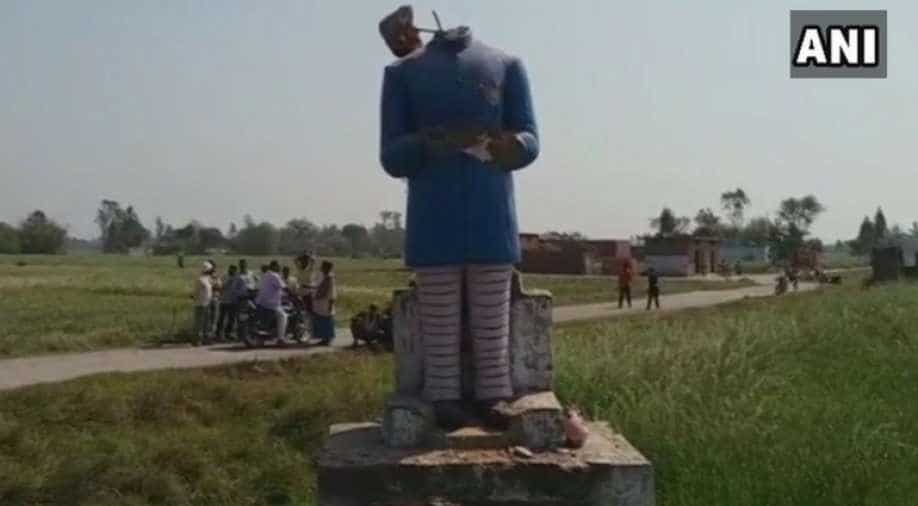 The statue was found beheaded in the middle of the ground in Azamgarh. The police, who were informed about the incident rushed to the spot.

The miscreants who attacked the statue have been identified and will be arrested soon, police said in the evening.

A statue of Dr BR Ambedkar was vandalised in Azamgarh, DIG Vijay Bhushan says " 3 men have been identified, currently they are absconding, will be arrested soon." pic.twitter.com/65PEFvxXmy

This is the latest in the flurry of attacks on the statue of iconic leaders in the country. On Wednesday, a bust of Ambedkar was defaced by unknown people in north Chennai in Tamil Nadu, days after a statue of Dravidian icon EV Ramasamy Periyar was vandalised in South Indian state after a senior BJP leader’s inflammatory post on Facebook.

On Tuesday, an Ambedkar's statue was vandalised by unidentified persons in Meerut's Mawana locality leading to protests from members of the Dalit community and BSP workers.

Besides promising a thorough investigation into the matter, the local administration has also assured that hey would install a new statue of Ambedkar in the same place.

There has been a series of attacks on statues of political figures in West Bengal, Tamil Nadu, Uttar Pradesh and Kerala after a Communist icon Vladimir Lenin statue in Tripura was toppled on Monday.

A statue of Mahatma Gandhi was vandalised in north Kerala’s Kannur district on Wednesday by unidentified miscreants who hurled stones and bottles damaging the spectacle and garland of the ''Father of the Nation''.