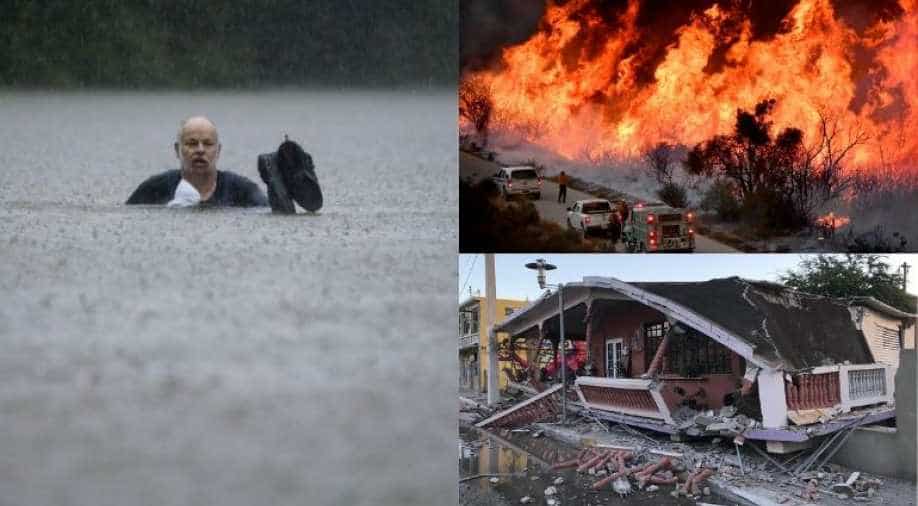 Natural disasters have been made worse by the pandemic. Emergency workers are tired of fighting the Wuhan virus.

The COVID-19 pandemic is a complex worldwide emergency without contemporary precedent. In every nation around the globe, the pandemic reaction is taking up the bulk of resources, expertise, time and effort.

But, how might individuals and frameworks adapt if a major natural disaster, similar to floods, quake or a tropical storm, happens while the COVID-19 pandemic proceeds?

The early wake-up calls for nations around the globe for natural hazards still loom large during the COVID-19 pandemic, including floods, fires, tornadoes, storms, and even volcanic eruptions.

Natural disasters have been made worse by the pandemic. Emergency workers are tired of fighting the Wuhan virus.

Now, they must rescue people from floods, forest fires, dust clouds and heatwaves. It's a double crisis that will test the world's resilience.

Natural disasters don't stop for a virus, so in the middle of a pandemic, the world is dealing with nature's vagaries. At the epicentre of the virus outbreak — China.

The last few days in Jiangxi province have been tense, nearly 37,000 residents had to be evacuated due to flash floods. Over 300,000 people are still at risk and this was caused by a heavy rainstorm.

The latest of the 20 rainstorms that have battered the country this year. China has not seen these many storms in a single year since 2013. Economic losses run over 3.4 billion dollars. Over two million acres of farmland submerged, thousands of people displaced in 26 provinces.

The high risk of flooding, landslides and urban waterlogging remains. Heavy downpour is expected to hit vast stretches of china over the weekend.

Meanwhile, in the US, the worst-hit country in the world due to the pandemic. Coronavirus is not the only killer in the air a monster dust cloud has travelled over 8,000 kilometres from Africa.

Sahara desert typically whips up sand at this time of the year and — carries it across the Atlantic ocean to the Americas. This dust cloud is the densest in half a century. First — it turned the blue skies into a milky-brown haze over the Caribbean. Now — it is close to the coasts of Mexico and the US.

Health warnings have been sent out across the region as air quality fell to unhealthy levels. The dust particles can cause cardiovascular and respiratory illnesses.

A perfect condition for covid-19 to whip up a fresh wave of infections. Across the Atlantic, there is another kind of wave blowing around. The heatwave, this has come from Africa too.

It has swept over Spain, causing temperatures to rise over 40 degrees Celsius. France and the UK have faced a mini-heatwave, but the mercury may rise in the coming days. Now that lockdown restrictions have been eased, people are itching to go out. Especially to bask in the sun at the beaches.

But — the heat is making it impossible to wear a mask — the first shield against the Wuhan virus. Parts of Siberia are facing the worst of the heatwave. Forest fires are engulfing villages in the Sakha Republic in Russia.

Temperatures in the region touched 30 degrees Celsius. For this part of Siberia — the average temperature in June is 15 degrees Celsius. There are currently 50 active bushfires in the territory covering an area of more than 600,000 hectares. At a time when disaster relief teams need relief after the long bout with the pandemic. They are being called upon to douse fires and evacuate people.

Disaster teams are scrambling, it's a grim reminder of an old challenge. The urgent need to lock down climate change.