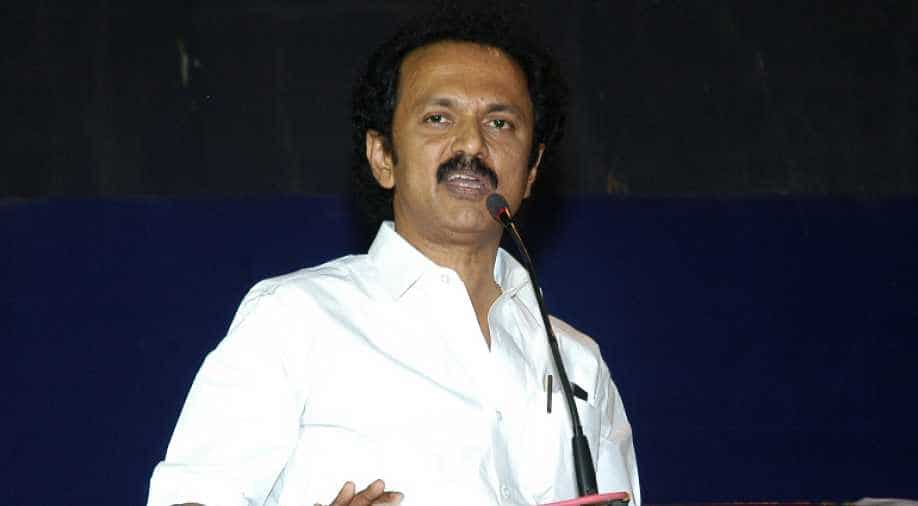 Alagiri was expelled from DMK in 2014 for alleged anti-party activities and has largely remained low profile since then. Photograph:( Others )

Expelled DMK leader M K Alagiri has lashed out at his younger brother and party working president M K Stalin for the party's drubbing in the R K Nagar bypoll, saying it cannot win any election under his leadership.

"Not just R K Nagar bypoll. DMK will not henceforth win in any election. There is no chance for that till this Working President (Stalin) is there (at the helm of affairs)," he said in an interview to a Tamil magazine.

"Such a situation (DMK finishing third in the R K Nagar bypoll) would not have emerged if Leader (Karunanidhi) was active," Alagiri said.

Alagiri and Stalin had been involved in a long-running feud in the DMK's first family with both contendings to be their father's political heir.

A former Union minister, Alagiri had once famously asked if the DMK was a 'mutt' where a senior pontiff could appoint his successor, indicating that he was always in the reckoning.

However, Alagiri was expelled from DMK in 2014 for alleged anti-party activities and has largely remained low profile since then.

The ruling AIADMK latched onto Alagiri's comments to take potshots at Stalin.

The DMK lost the December 21 R K Nagar bypoll, where its candidate N Maruthu Ganesh polled 24,000-odd votes, which was way below the 57,673 votes secured by the party in the 2016 assembly elections, and lost deposit.

Shimla Muthuchozhan of DMK had then lost to late Chief Minister J Jayalalithaa, who emerged the winner with 97,218 votes in the constituency.

Alleging that the victory was due to "money power", Stalin has claimed that it was "a Himalayan defeat for the Election Commission rather than the DMK candidate".

The DMK has appointed a three-member committee to look into the byelection outcome and submit a report before December 31.