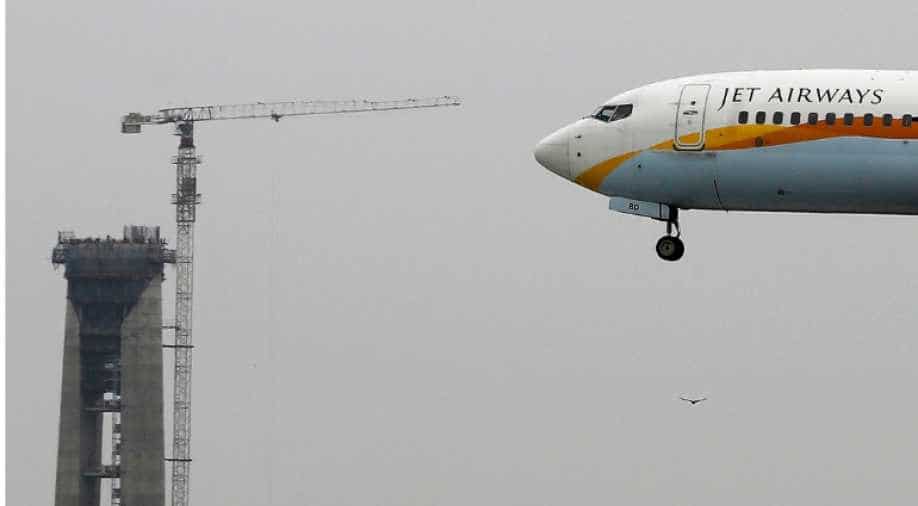 DGCA instructed them to comply with relevant provisions of applicable CARs for facilitation of passengers regarding timely communication, compensation and providing alternate flights.

As per the direction of Minister for Civil Aviation Shri Suresh Prabhu, Directorate General of Civil Aviation (DGCA) reviewed the performance of Jet Airways on operational, airworthiness and passenger facilitation today.

Current availability of aircraft in the fleet for operation is 41 and accordingly scheduled for 603 domestic flights and 382 international flights have been drawn. However, it is a dynamic situation and there may be further attrition in the coming weeks.

DGCA instructed them to comply with relevant provisions of applicable CARs for facilitation of passengers regarding timely communication, compensation and providing alternate flights.

The data is being monitored by DGCA on a regular basis. They are also ensuring that all aircraft in the fleet whether in operation or on the ground are maintained in accordance with Approved Maintenance Programme (AMP).

Jet Airways was also directed to ensure that no Pilots/Cabin Crew/AMEs should be rostered on duty who had reported stress of any nature.

According to sources, ''DGCA held a meeting with domestic airlines over a spike in airfares, haven't issued a diktat but advisory advised airlines to increase capacity & keep fares in check. Several domestic factors led to a spike in fares but airlines have promised to keep them under control.''

Shri Prabhu also instructed DGCA to avoid last minute cancellation or change in schedule so as to minimize passenger inconvenience, and
ensure that affected passengers are duly adjusted/refunded as per the relevant regulations.