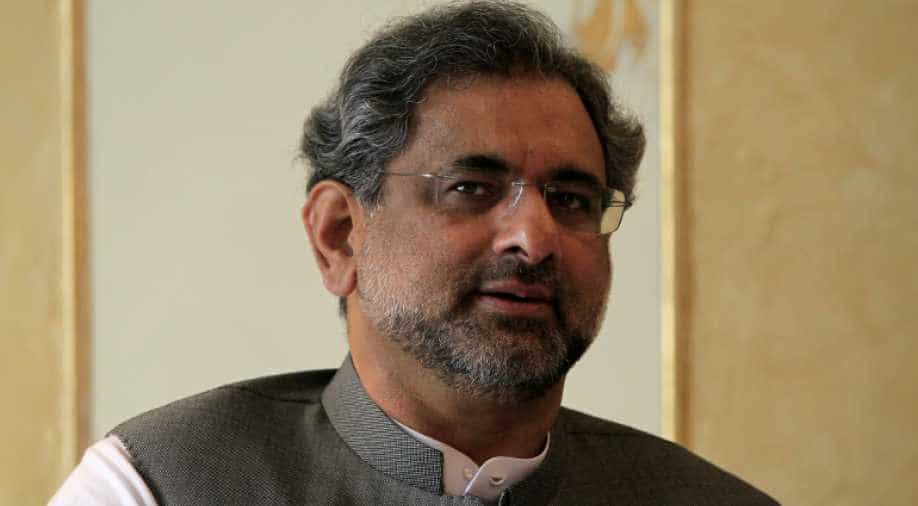 The "cold start" doctrine allegedly allows the Indian Army to perform "holding attacks" to prevent a nuclear retaliation from Pakistan in case of a conflict. India has denied that it has any such doctrine.

His statement invoked the reaction from the think tank moderator David Sanger who said that there was no nuclear arsenal in the world, other than North Korea's, that worried US more.

The Pakistan prime minister said the weapons were with the country's Nuclear Command Authority (NCA) that controls the other strategic weapons as well.

He asserted that Pakistan's nuclear arsenals being safe and secure.

"We have a very robust and secure command-and-control system over our strategic nuclear assets. Time has proved that it's a process that is very secure. It's a process that has complete civilian oversight through the NCA," he said.

The Nuclear Command Authority (NCA) of Pakistan is the authority responsible for command, control and operational decisions regarding the country's nuclear arsenals.

In response to another question, PM Abbasi said that the command-and-control systems in place were as secure as anybody else's in the world and there was no possibility of an extremist gaining control of a fissile material or a nuclear weapon.

"The last 20 years are testament to that," Abbasi said in response to another question

"So let there be no doubt that any extremist element or somebody like that can gain control of fissile material or a nuclear weapon. There is just no possibility of that. And it's time-tested, and it's a very secure system that has been put in place," he said

"Pakistan is a responsible global citizen, and we've shown a responsibility on the ground with this huge war on terror that we've been fighting for the last 15 years," he added.

"We do have nuclear capability. There's no doubt about that. And we know how to handle nuclear waste. We had a nuclear program in the early Sixties, one of the first countries in Asia to have a nuclear program. So if we've managed it for over 50-odd years, I think we can continue to manage it," he said.

PM Abbasi also raised the Kashmir issue at a session of the United Nations General Assembly and demanded the implementation of the UN Security Council resolution on Kashmir. He reiterated Pakistan's stand that it will continue supporting the right to self-determination in the state.