Desmond Tutu was a friend of India: Here are some lesser known facts 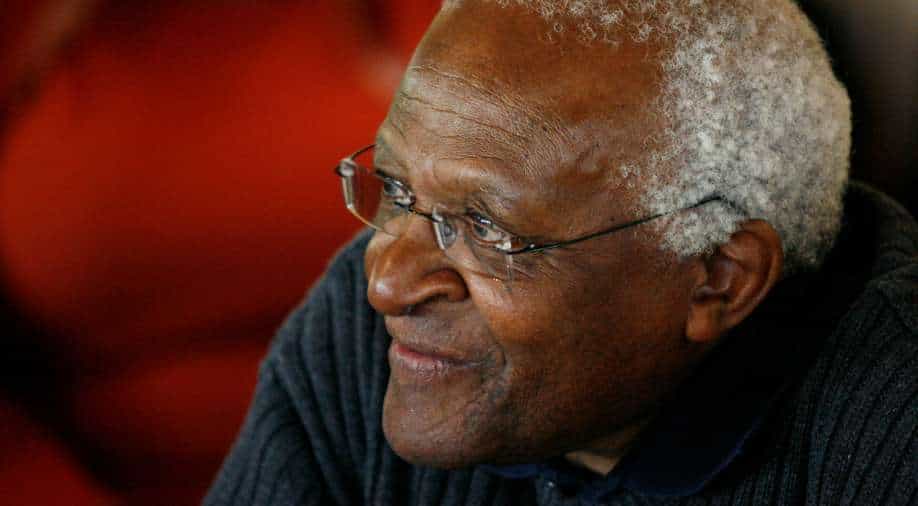 Tutu dedicated his life to voicing his concerns over matters pertaining to justice Photograph:( Twitter )

Desmond Tutu, South Africa's anti-apartheid icon, died on December 26. Tutu dedicated his life to voicing his concerns over matters pertaining to justice and several other issues. Not just for various international communities, he was also a very important friend for India.

In October 2006, Tutu was awarded Gandhi peace prize for his contributions to social and political transformation through the Gandhian values of dialogue and tolerance. The prestigious award was launched by the Indian government in 1995 on the occasion of the Mahatma's 125th birth anniversary.

The then Indian Prime Minister Manmohan Singh described Tutu as a follower of Mahatma Gandhi's vision that "South Africa can boast of proudly".

Singh, in his address, said, "I have great pleasure in announcing that in recognition of his invaluable contribution towards social and political transformation through dialogue and tolerance, truly Gandhian values, the government of India has decided to award the 2005 Gandhi Peace Prize to him."

In February 2012, Tutu visited India for five days. In one of his interviews, he spoke about the treatment of Dalits in India.

Expressing his views, he said that people should be interrogating other parts of Indian society and answer as to why are they allowing this to continue if you are an egalitarian society?

He said that he thinks that Indian society needs to be challenged about the Dalits as it ends up affecting humanity. During his 2015 visit, he met Dalai Lama in Dharamshala.

Tutu also expressed his concern on the issue of child marriage in Bihar during an interview with Shekhar Gupta on NDTV 24×7’s Walk the Talk in 2012. Recollecting his experience, he said, "We went to this village, where we met about 20-30 young people, both boys and girls. It was fantastic, how enthusiastic they were about opposing this practice of child marriage."

"Archbishop Emeritus Desmond Tutu was a guiding light for countless people globally. His emphasis on human dignity and equality will be forever remembered. I am deeply saddened by his demise, and extend my heartfelt condolences to all his admirers. May his soul rest in peace, he tweeted.

Several other world leaders paid tributes to Tutu, whose passing is being described as the fall of a giant.

Former US President Barack Obama, in his statement, described Tutu as "a mentor, a friend, and a moral compass for me and so many others."

"Michelle and I will miss him dearly," he said.

South African President Cyril Ramaphosa tweeted his tribute to Tutu. "The passing of Archbishop Emeritus Desmond Tutu is another chapter of bereavement in our nation’s farewell to a generation of outstanding South Africans who have bequeathed us a liberated South Africa," he tweeted.

Deemed as South Africa's moral compass, he was considered as the reason for peace in South Africa.