Delhi's air quality 'severe', likely to remain so on Diwali 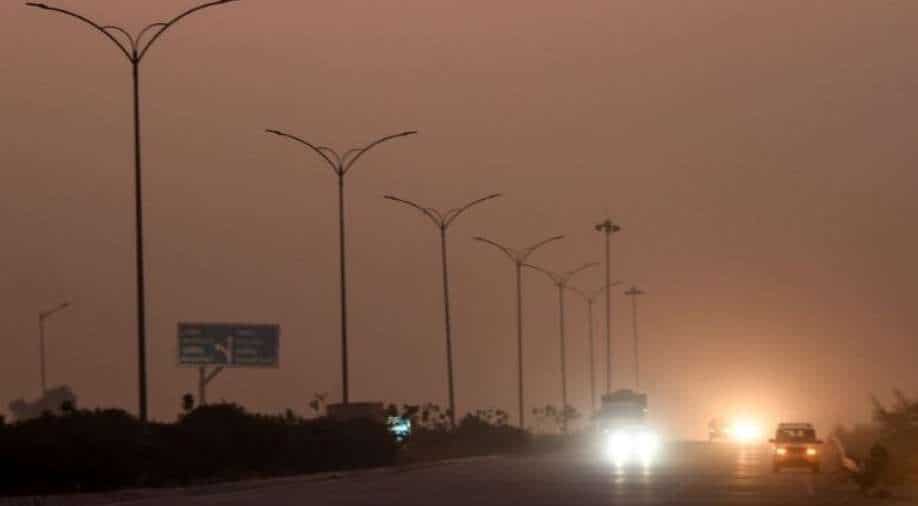 According to the Ministry of Earth Sciences' air quality monitor, SAFAR, Delhi's overall air quality index (AQI) was 443 this morning

The national capital's air quality was recorded in the "severe" category on Saturday morning as farmers in Punjab and nearby regions continued to set their fields on fire to clear crop residue.

Experts said while meteorological conditions were "moderately" favourable for dispersion of pollutants, a "very high" number of farm fires in Punjab was the primary reason for "severe" air quality.

According to the Ministry of Earth Sciences' air quality monitor, SAFAR, Delhi's overall air quality index (AQI) was 443 this morning.

PM10 levels in Delhi-NCR stood at 486 microgram per cubic meter (g/m3) at 9 am, according to Central Pollution Control Board (CPCB) data.

PM10 is particulate matter with a diameter of 10 micrometers and inhaled into the lungs. These particles include dust, pollen and mold spores. PM10 levels below 100 ?g/m3 are considered safe in India.

Air Quality Early Warning System for Delhi said the number of farm fires in Punjab remains very high (around 4,000) which is likely to impact the air quality in Delhi-NCR and other parts of northwest India.

According to the India Meteorological Department (IMD), the maximum wind speed was 14 kilometres per hour on Friday and the minimum temperature 11.8 degrees Celsius.

Calm winds and low temperatures trap pollutants close to the ground, while favourable wind speed helps in their dispersion.

Also read| 2,000 farmers booked for stubble burning in UP

V K Soni, head of IMD's environment monitoring research centre, said, "A very large number of farm fires over Punjab is the primary reason for the severe air quality in the region."

SAFAR said the share of stubble burning in Delhi's PM2.5 pollution was estimated at 21 per cent on Friday. It was 42 per cent on Thursday, the maximum so far this season.

Last year, the contribution of stubble burning to Delhi's pollution had peaked to 44 per cent on November 1, according to SAFAR data.