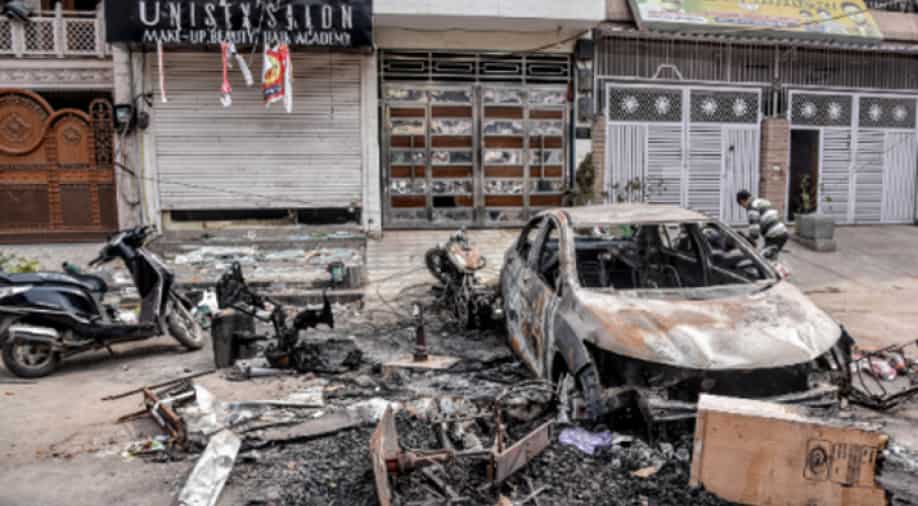 Charred vehicles after it was set ablaze by demonstrators during clashes between two groups over the new citizenship law at Yamuna Vihar in New Delhi. Photograph:( ANI )

As the death toll in the Delhi violence rose to 34 on Thursday, the ministry of external affairs appealed to the people not to make irresponsible comments.

"PM Modi himself has publicly appealed for peace and brotherhood," ministry of external affairs spokesman Raveesh Kumar said in a statement.

"I would also like to refer to some statements which have come out, by agencies and individuals. We would urge that it is not the right time to make such irresponsible comments, it can create more problems than it would solve," the external affairs ministry spokesman said.

"What led to this, why this happened will, of course, be a matter of investigation," he said.

"The law enforcement agencies are working on the ground. They are working to bring the situation back to normal," Raveesh Kumar added.

The situation in north-east Delhi was brought under control with security forces carrying out flag march in Khajoori Khaas area which was affected by violence.

Meanwhile, the CBSE on Thursday, postponed some exams for class 10 and 12, scheduled for February 28th and 29th in north-east Delhi.

The Delhi Police said it had made 106 arrests and stated that more arrests will be made on the basis of CCTV footage recovered.

On OIC's statement on the violence, Raveesh Kumar said it is factually inaccurate, selective and misleading.

"There is an effort on the ground to restore normalcy and create confidence," the MEA spokesman said.