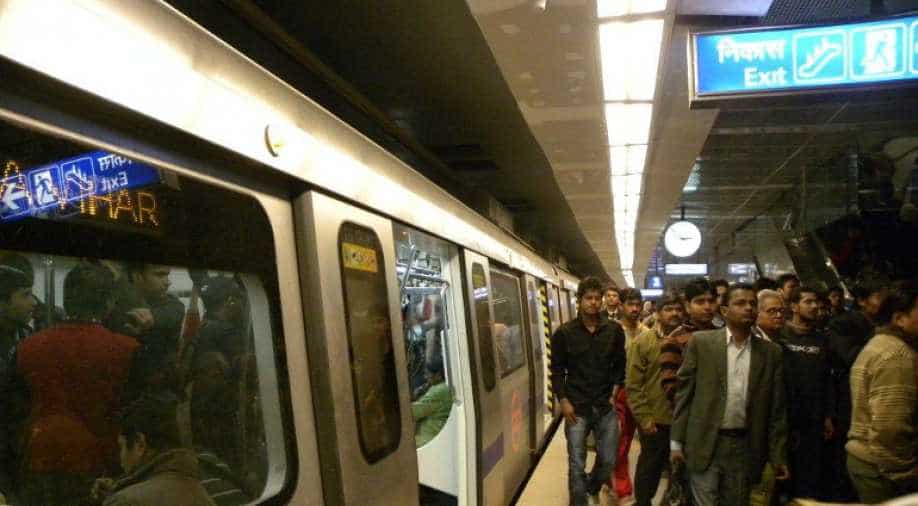 The decision to hike fares from October 10 was taken by the Delhi Metro Fare Fixation Committee. Image courtesy: Flickr Photograph:( Others )

The Delhi government has taken umbrage to the decision of the Delhi Metro Rail Corporation to hike fares in the Indian capital. Delhi deputy chief minister Manish Sisodia said today (October 10) that the move by the Public Sector Company -- in which the centre has a stake -- had intentionally been done to benefit private taxi companies.

The decision to hike fares from October 10 was taken by the  Delhi Metro Fare Fixation Committee.

The leader of Delhi's ruling Aam Aadmi Party (AAP) alleged that the central government had been "sold by the private companies."

"The fare has intentionally been increased to benefit private taxi companies... so that people opt for private taxis. The Board could defer the rule. Earlier also this has happened," Manish Sisodia said, adding, "The Central govt is sold by the private companies."

Manish Sisodia also said that the metro was running on profits and that he was sure that there was a "scam".

Metro fares were last revised in May when the minimum tariff was raised from Rs 8 to Rs 10 and the maximum fare from Rs 30 to Rs 50.