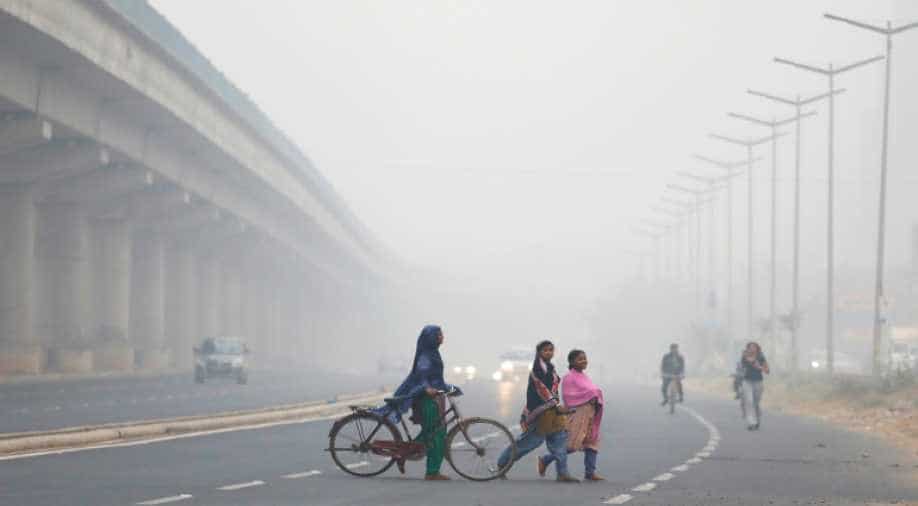 The court asked Punjab, Haryana, Delhi, and Rajasthan to inform about the action taken against stubble burning. Photograph:( Reuters )

The court asked Punjab, Haryana, Delhi, and Rajasthan to inform about the action taken against stubble burning.

Observing that the situation was grave in wake of advisories issued against sending children to school & discouraging morning walks, the court said that stubble burning may be the visible villain but there are other contributory factors too, the court observed.

Meanwhile, with the air quality in Delhi getting worse, the CISF ordered the issuance of over 9,000 face masks for its personnel deployed to guard the IGI Airport, the Delhi Metro and other government ministries and installations here.

A senior officer of the paramilitary force said CISF Director General (DG) O P Singh has ordered for the issuance of the masks so that the men and women of the force out in the open, could better combat the severe toxic smog.

"While 2,000 protective face masks are being issued immediately, 7,000 more will be sent to all the units in Delhi in the next few hours," he said.

The Central Industrial Security Force (CISF), a paramilitary force under the Union home ministry, is tasked to guard the Indira Gandhi International (IGI) Airport, the Delhi Metro and a number of government departments and ministries in the national capital region.

A blanket of thick haze enveloped Delhi this morning, as pollution levels breached the permissible standards by multiple times.