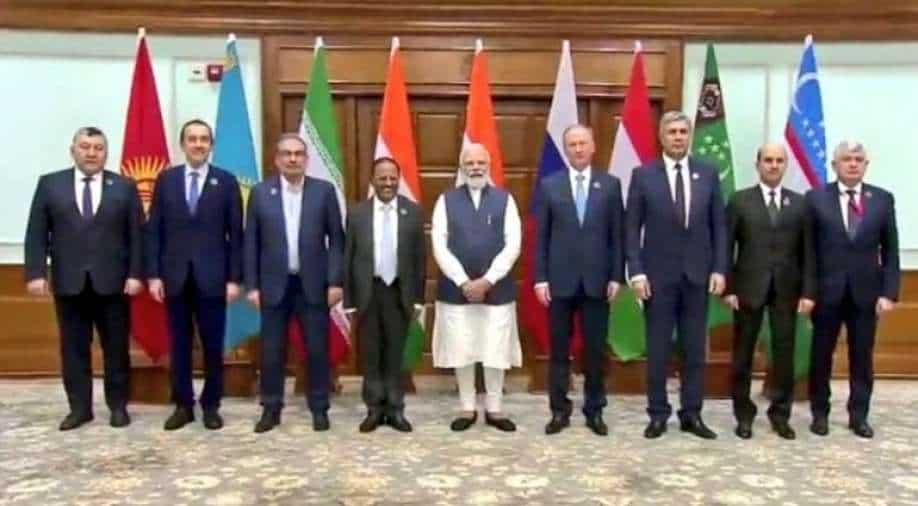 Central Asian countries, especially those who share a land border with Afghanistan like Tajikistan and Uzbekistan, are worried over a spillover into their territory

The Delhi Declaration on Afghanistan released after the National security advisors (NSAs) meet has called for an inclusive government in Kabul and upholding the "fundamental rights" of women, children, and minority communities. NSAs of seven countries, the five Central Asian countries, Kazakhstan, Kyrgyzstan, Tajikistan, Turkmenistan, Uzbekistan, Iran, and Russia took part in the event hosted by India.

The Declaration said that the countries "stressed the necessity of forming an open and truly inclusive government" that represents the "will of all the people of Afghanistan and has representation from all sections of their society, including major ethnopolitical forces in the country."

It further highlighted that "Inclusion of all sections of the society in the administrative and political structure is imperative for the successful national reconciliation process in the country."

A considerable portion was on the issue of the threat of terrorism emanating from the country. The joint statement "emphasised that Afghanistan’s territory should not be used for sheltering, training, planning or financing any terrorist acts."

The countries which participated at the meet have called for a "collective cooperation" against the "menace of radicalisation, extremism, separatism and drug trafficking in the region.". Central Asian countries, especially those who share a land border with Afghanistan, like Tajikistan and Uzbekistan are worried over a spillover into their territory.

The focus was also on humanitarian support to the country and the need to " provide urgent humanitarian assistance to the people of Afghanistan." With the onset of winter, and the Taliban government not doing essential food stockpiling fears of a major humanitarian crisis is looming in the country with many on the brink of starvation.

Interestingly, the statement mentioned that humanitarian assistance should be provided in an "unimpeded, direct and assured manner to Afghanistan" and that the "assistance is distributed within the country in a non-discriminatory manner across all sections of the Afghan society.". India has proposed to send assistance to Afghanistan via Pakistan but the country hasn't responded to New Delhi's request.

This is the second such statement being issued on Afghanistan under Indian leadership. In August, under the Indian presidency of the United Nations Security Council, a resolution was adopted.

The visiting NSAs participated in the regional security dialogue earlier in the day and issued statements. NSA Ajit Doval in his remarks said, "developments in (Afghanistan)...have important implications not only for the people of Afghanistan but also for its neighbours and the region.

This is the time for close consultation amongst us, greater cooperation and interaction and coordination among the regional countries."