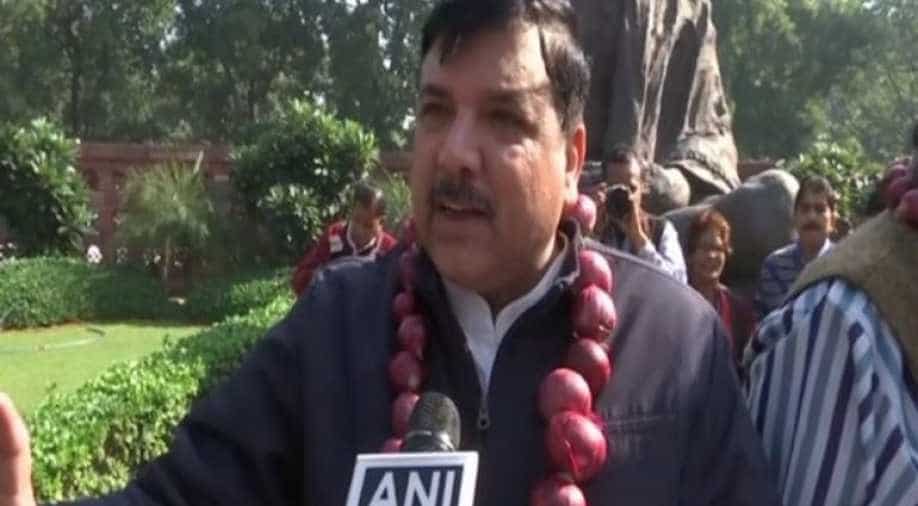 'The tickets were decided or finalised based on an internal survey. Party chief Arvind Kejriwal and all others were involved in the decision-making process,' said he.

After an AAP leader accused Deputy Chief Minister Manish Sisodia of asking for Rs 10 crore for the ticket, party leader Sanjay Singh on Wednesday said that someone who doesn't get the ticket make such statements.

"When someone doesn't get a ticket, it is obvious that he gets hurt. Such statements are common when you don't get a ticket," said Singh while addressing a press conference here, adding the candidates for the Delhi Assembly elections were decided on the basis on an internal survey.

"The tickets were decided or finalised based on an internal survey. Party chief Arvind Kejriwal and all others were involved in the decision-making process," said Singh.

"The party is talking to everyone. It is not that if some doesn't get the ticket, he will part ways. We have worked together for five years. Mutual respect for each other is there. The party will talk and persuade everyone, who is unhappy over not getting the ticket," said Singh.

"Manish Sisodia called me to his house and said that Rs 20-21 crore was being offered by Ram Singh for the ticket from my constituency, and then asked me how much I was ready to cough up. Sisodia asked for Rs 10 crore. I said that I did not have the money as I am an honest man," Sharma told ANI here.

Sharma has further accused the party of giving tickets in exchange for money in several constituencies.

The Model Code of Conduct has come into force in Delhi on January 6 after the Election Commission of India announced that the assembly election in Delhi will be held on February 8.

The counting of votes will take place on February 11.