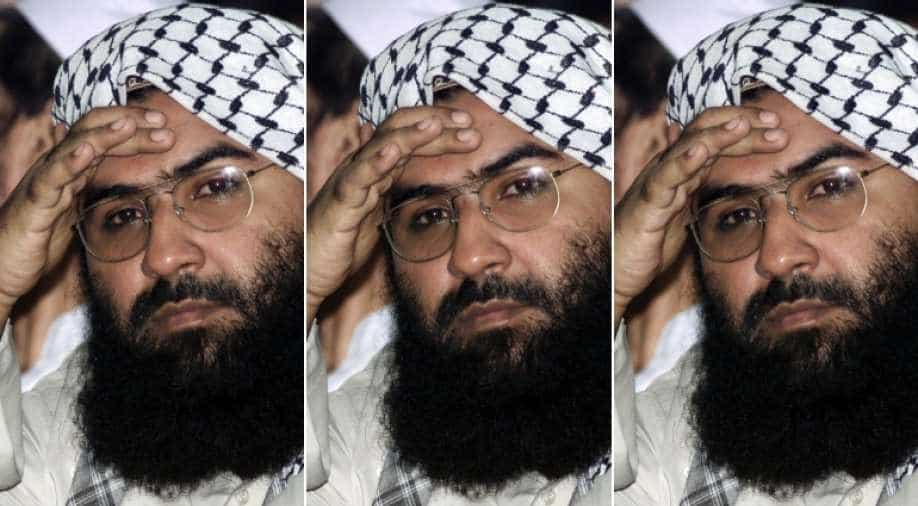 Masood Azhar is the chief of Pakistan based UN-listed terror group Jaish-e- Mohammad (JeM), the group responsible for the Pulwama terror attack that killed more than 40 CRPF personnel in Jammu and Kashmir.

A day after China blocked the listing of Pakistan Masood Azhar from United Nations terror list, it's clear that global geopolitics in play with Beijing backing Pakistan due to its high stakes in the country especially the China Pakistan Economic Corridor (CPEC) connectivity project.

Masood Azhar is the chief of Pakistan based UN-listed terror group Jaish-e- Mohammad (JeM), the group responsible for the Pulwama terror attack that killed more than 40 CRPF personnel in Jammu and Kashmir.

The Chinese foreign spokesperson replying to a question on the rationale of Beijing stand said the country needs more time to study the case.

Lu Kang, spokesperson for Chinese Foreign Ministry said, "China conducted a comprehensive and in-depth evaluation on the listing applications submitted by the countries concerned in the 1267 Committee. We still need more time and thus put forward a technical hold, which is in full compliance with the rules of procedure of the 1267 Committee of the Security Council."

Reiterating what Beijing said on Wednesday, the deadline for listing Masood Azhar, Kang said, "We sincerely hope that the relevant actions of the 1267 Committee can help the countries concerned to resolve the issue through dialogue and avoid adding complex factors that endanger peace and stability of the region."

India has already expressed its disappointment on China's "hold" to Azhar's listing.

The United States embassy in Delhi in a statement expressed regret and said: "With respect to China, the United States and China share a mutual interest in achieving regional stability and peace, and a failure to designate Azhar runs counter to this goal."

The US had already made it clear that Masood Azhar is the founder and leader of and "clearly meets the criteria for the designation" by the United Nations.

JeM has been responsible for numerous terrorist attacks including the 2001 Parliament attack, Pathankote attack and the Pulwama terror attack.

In a tweet, Bolton said, "Met with Indian FS Gokhale to advance progress on the US-India strategic partnership & our shared vision for the Indo-Pacific, as well as reiterate that the U.S. stands shoulder-to-shoulder with India in the fight against terrorism."

A statement from Indian embassy in Washington said, both India and US "underlined the importance of Pakistan taking tangible and irreversible action against terrorist groups based in territories under its control and denial of safe haven for these groups to launch cross - border attacks."

Meanwhile, a United Nations Security Council diplomat speaking on anonymity to News Agency PTI said, "If China continues to block this designation, responsible member states may be forced to pursue other actions at the Security Council. It shouldn’t have to come to that.”

“Pakistan has quite often depended on China to protect it from the listing of Pakistan-based terrorist groups and individuals in the UN 1267 sanctions committee. The case for designating Masood Azhar – the leader of a group the UN already calls an Al-Qaeda-affiliated terrorist organization – is undeniable," he added.

The Chinese move comes even as New Delhi and Beijing saw "resetting" of ties after the famous informal Wuhan Summit. The Indian Prime Minister Narendra Modi and Chinese President Xi Jinping met four times in 2018 and the latter will be coming to India in 2019 for the second informal summit.