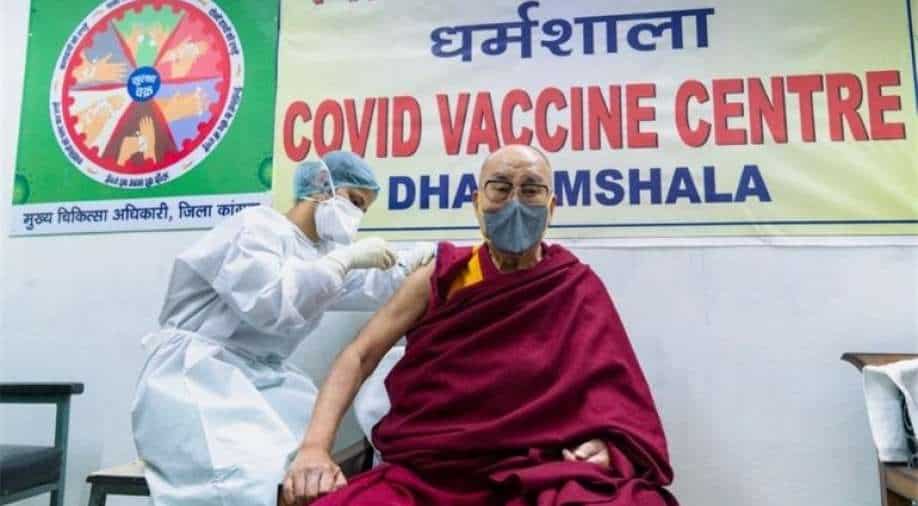 The 85-year-old Nobel Peace laureate, who is revered as a "living god" thanked the central and state governments for ensuring his inoculation at the Zonal Hospital in Dharamsala

Tibet's spiritual leader the Dalai Lama on Saturday got vaccinated against COVID-19. The leader received the first dose of the vaccine at a state-run hospital in Himachal Pradesh.

The 85-year-old Nobel Peace laureate, who is revered as a "living god" thanked the central and state governments for ensuring his inoculation at the Zonal Hospital in Dharamsala. After receiving the jab, the leader urged everyone who is eligible, especially "patients" to get vaccinated against COVID-19.

"This is very important so I took that and I want to share that more people should have the courage to take this injection", said.

Tibet's government-in-exile is currently based in Dharamsala, a town in the north Indian state of Himachal Pradesh.

The leader received the dose at roughly 7.10 AM IST, and was kept under observation for about half an hour, ANI reported.

Since last year, the leader had remained in self-quarantine. The arrangments were made for the Dalai Lama to be vaccinated by the Central Tiberation Administraiton (CTA), whose officials had requested the government for the vaccine, as stated by Palden, the CTA's Health Secretary.