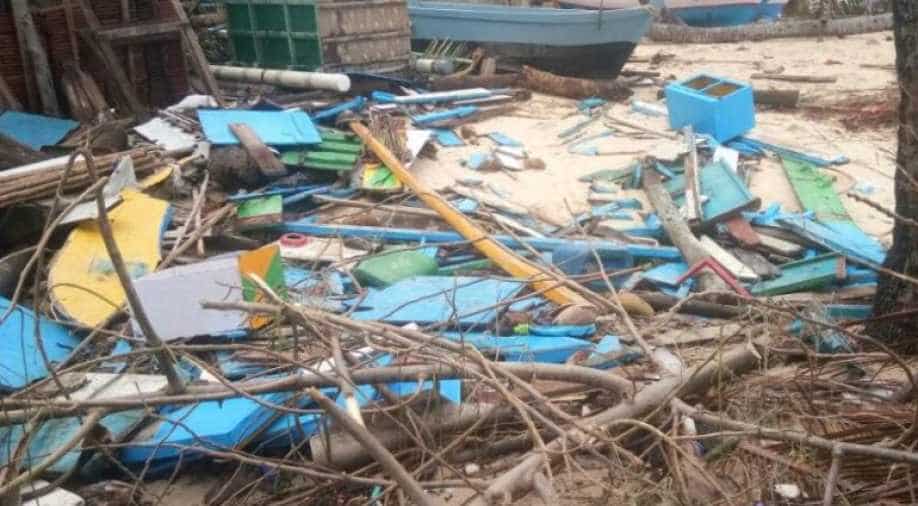 Fishermen have been warned not go to the sea for the next few days as waves are likely to be 3-5 metres (12-15 feet) high. Photograph:( ANI )

Cyclone Ockhi barrelled into the Lakshwadeep islands on Saturday after drenching the neighbouring states of Kerala and Tamil Nadu, claiming so far around 14 lives with many fishermen still feared trapped at sea.

Authorities including the National Disaster Management Authority (NDMA), Coast Guard and Navy have rescued about 223 fishermen and evacuated thousands of people from cyclone-hit areas, officials said, as they continued their operations on Saturday.

Prime Minister Narendra Modi has spoken to the chief minister of Tamil Nadu, assuring him of support operations including necessary funds, according to local media.

Ockhi is expected to travel north towards Mumbai and Gujarat in the next 48 hours, according to Indian Meteorological Department (IMD) Director S. Sudevan in Trivandrum, though it is likely to lose intensity.

"The intensity of the wind may come down and the cyclone could change into depression," Sudevan said adding fishermen have been warned not go to the sea for the next few days as waves are likely to be 3-5 metres (12-15 feet) high.