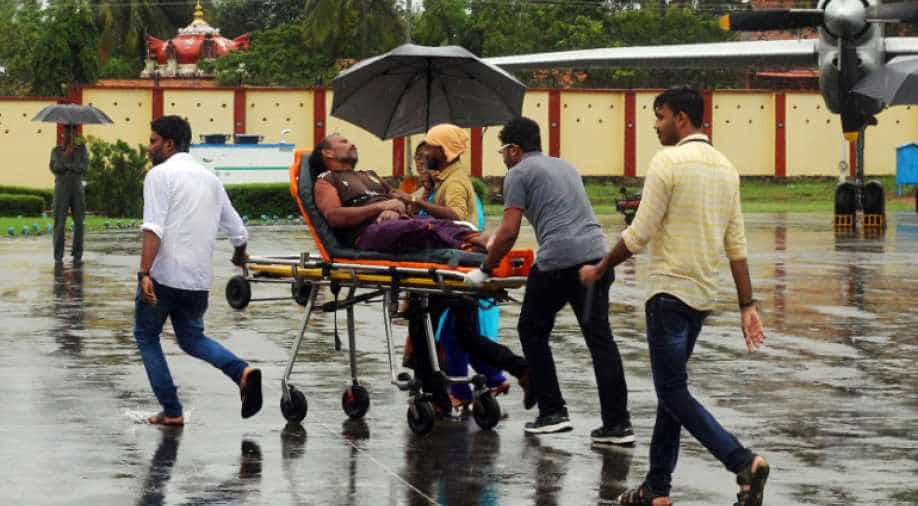 As Heavy rains continue to batter in Kerala, several naval ships were deployed on for the rescue operations on Friday.

According to latest media reports around 200 fishermen have been rescued.

No official statement has been made about how many people are still missing in the sea.

The Tamil Nadu government has said it will soon seek central funds for the damage caused by Cyclone Ockhi in the southern parts of the state, with Kanyakumari and Tirunelveli districts being the worst hit.

This was conveyed to Prime Minister Narendra Modi by Chief Minister K Palaniswami during a telephone conversation between the two leaders last night, a state government release said.

The India Meteorological Department and Indian National Centre for Ocean Information Services (INCOIS) said that the cyclone may further intensify in the next 24 hours.

Rescue effort by a helicopter of the Southern Naval Command over the seas off Kerala #CycloneOckhi @the_hindu pic.twitter.com/J3H1ZsQhYy

Cyclone Ockhi that has created massive destruction in Tamil Nadu and Kerala is and has  also affected Lakshwadeep Islands.

The deadly storm has killed seven people in neighbouring Sri Lanka and affected the lives of nearly 20,000 people.