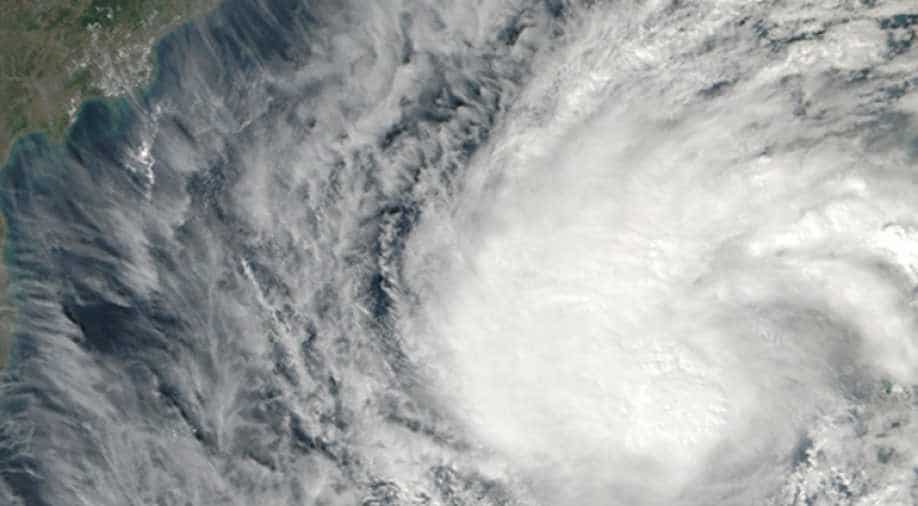 Puducherry Revenue and Industries Minister said the union territory has also been put on high alert.

The MeT department on Tuesday predicted Cyclone Gaja to cross Tamil Nadu coast, between Pamban and Cuddalore, on November 15. According to reports, the fast-moving cyclonic storm on Tuesday drifted southwestwards away from Chennai and would cross the Tamil Nadu coast between Cuddalore and Pamban on Thursday.

The department warned that before weakening gradually on Thursday, the cyclone is likely to intensify and create very rough sea conditions along and off Tamil Nadu-south Andhra Pradesh coasts from Wednesday morning with high swelling sea during the night, news agency PTI reported.

Speaking to media persons, IMD deputy director S Balachandran said, "The sea will be very rough, and fishermen are advised not to venture into the sea till November 15."

"It is very likely to move west-southwestwards and intensify further into a Severe Cyclonic Storm during next 24 hours and maintain the intensity during subsequent 24 hours. Thereafter, while moving west-southwestwards, it is likely to weaken gradually and cross north Tamil Nadu coast between Nagapattinam and Chennai as a cyclonic storm during November 15 forenoon," a statement released by the IMD read.

According to IMD, cyclone Gaja will affect districts like Thiruvarur, Cuddalore, Karaikal, Nagapattinam, Tiruvarur, Puducherry, and Vizhuppuram. During that time, the speed of wind in the affected areas is expected to be in the range of around 80-90 km per hour and can go up to 100 km per hour, news agency ANI reported.

Cyclone Gaja is lying about 790 km north east of Nagapattinam. It is expected to move in south southwest direction & cross between Pamban and Cuddalore on November 15. Rainfall will occur in most of the places in 5 districts: Director, Met Dept, Chennai on Cyclone Gaja #TamilNadu pic.twitter.com/fBATr8JDN8

In the wake of the cyclonic situation, a red alert has been issued for the administration in Tamil Nadu to keep the government authorities ready to mobilise resources to meet any eventuality. "However, the alert is not for the entire state," Balachandran stated.

The weather department has advised total suspension of fishing operations along and off north Tamil Nadu and Puducherry and adjoining south Andhra Pradesh coasts from November 13 to 15.

Meanwhile, Tamil Nadu government has put its machinery on alert and kept on standby 30,500 rescue personnel. Chief Minister K Palaniswami chaired a high-level meeting at the Secretariat of Ministers and top officials to review the preparedness in the wake of the storm and forecast of heavy rainfall.

A total of 4,399 locations have been identified as vulnerable across Tamil Nadu, teams have been deployed for rescue including teams of the National and State Disaster Response Forces.

Puducherry Revenue and Industries Minister said the union territory has been put on high alert.