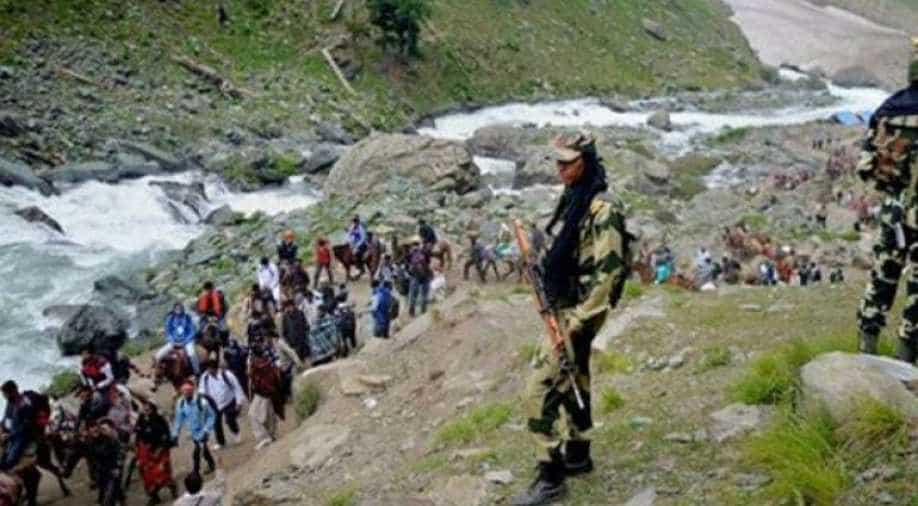 The Jammu and Kashmir government on Friday asked the Amarnath pilgrims to "curtail" their stay in the valley and return as soon as possible after in the wake of inputs of terror threats to the annual yatra.

"Keeping in view the latest intelligence inputs of terror threats, with specific targeting of the Amarnath yatra, and given the prevailing security situation in the Kashmir Valley, in the interest of safety and security of the tourists and Amarnath yatris, it is advised that they may curtail their stay in the valley immediately and take necessary measures to return as soon as possible," the advisory said.

J&K govt has issued security advisory for #AmarnathYatra pilgrims&tourists asking them to curtail their stay in the Valley and to take necessary measures to return as soon as possible. Amarnath Yatra from Jammu route is suspended till August 4, due to inclement weather.(file pic) pic.twitter.com/d8RtpZY481

The advisory was issued immediately after the Indian Army on Friday said that Pakistan terrorists are plotting to carry out an attack on the ongoing Amarnath Yatra and that the security forces even recovered a Pakistan Ordnance factory anti-personnel mine from a terror cache.

"A Pakistan Army landmine has also been recovered from one of the caches of terrorists. This clearly indicates that Pakistan Army is involved in terrorism in Kashmir, this will not be tolerated," Lt General KJS Dhillon, Commander of the Chinar Corp said.

Addressing a joint press conference along with Lt General KJS Dhillon, Dilbag Singh, DG J&K Police added that the forces are getting inputs that violence levels may increase by the militants.

About a week ago, the central government had moved 10,000 central forces personnel to the valley to strengthen counter-insurgency operations and law and order situation.