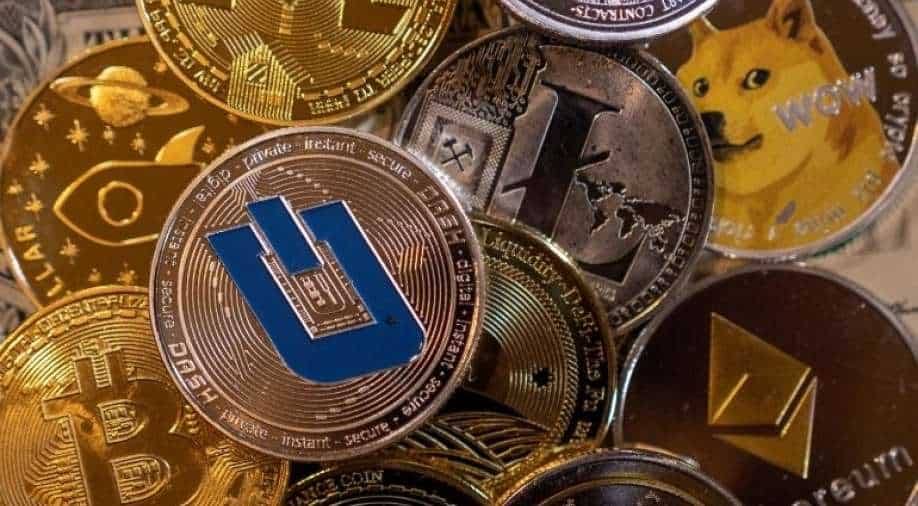 A representative image of cryptocurrencies can be seen in this illustration Photograph:( Reuters )

The e-wallets stolen from the Indian businessman were reportedly seized by Israel's national bureau for counter-terror financing.

The Delhi Police said a businessman's cryptocurrencies were stolen and allegedly transferred to the military wing of Palestinian organisation Hamas.

The police added that $3 million worth of cryptocurrencies were stolen three years ago in India's capital city. The police have been trailing the case since 2019 after a businessman in the capital's Paschim Vihar area complained that cryptocurrencies from his wallet were being fraudulently transferred.

The wallets have reportedly been seized by Israel's national bureau for counter-terror financing. It allegedly belonged to a person named Mohammad Naseer Ibrahim Abdulla.

Police said one e-wallet which had a "major share" of the cryptocurrencies was operated from Giza in Egypt by a person named Ahmed Marzooq and another by a resident at Ramallah in Palestinian territory.

The police said although most bitcoins were being used for terror financing it was also allegedly being used to access child pornography.