Controversy being created out of nothing: Sunny Deol on appointing representative for Gurdaspur constituency 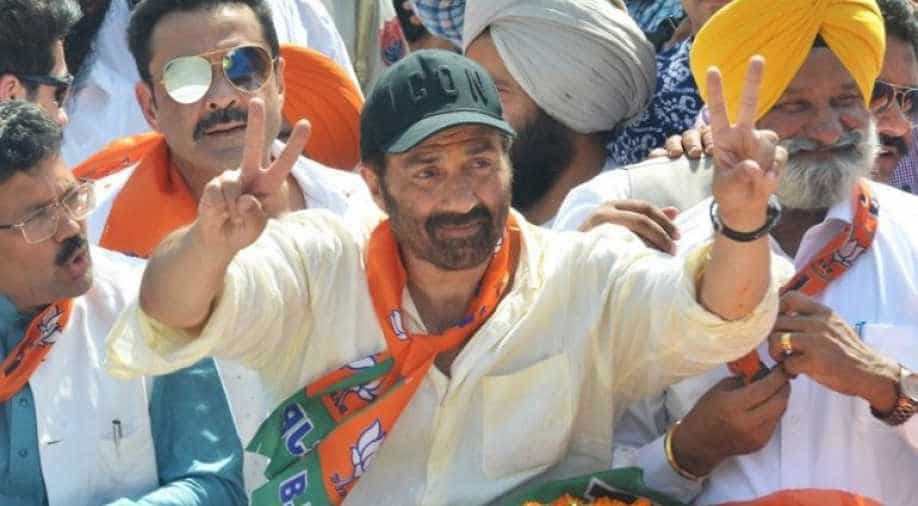 In the statement, Deol further said that as an elected Member of Parliament he is "genuinely committed to the cause of Gurdaspur".

Gurdaspur BJP MP and Bollywood actor Sunny Deol on Tuesday issued a statement over row on him appointing a representative for his Lok Sabha constituency.

"Extremely unfortunate to see a controversy being created out of nothing at all," the statement read, adding that Deol had appointed his personal assistant to represent his office in Gurdaspur and that the appointment is to ensure "smooth flow of work" whenever he is travelling.

Gurdaspur (Punjab) BJP MP, Sunny Deol issues statement says, 'extremely unfortunate to see a controversy being created out of nothing at all.' pic.twitter.com/U0PdHJGSD3

"The intention is to merely ensure that no work gets disrupted or delayed due to any reason whatsoever and to keep myself updated on daily basis," part of the statement read as shared by news agency ANI.

In the statement, Deol further said that as an elected Member of Parliament he is "genuinely committed to the cause of Gurdaspur".

Meanwhile, the Congress on Tuesday hit out at Deol for appointing a 'representative' for Gurdaspur and said that the actor-turned-politician should resign if he is unable to address the issues of the people who voted for him.

"There is a provision in the Lok Sabha that an MP can appoint his or her representative who can take care of the work in the MP`absence. But that does not mean that after the election, the MP vanishes from this constituency and the representative does all the work he is only supposed to help," Congress leader Punia told ANI.

He had issued a letter stating that Gurpreet Singh Palheri will be his representative who will attend meetings and follow important matters pertaining to his constituency.

Deol defeated Congress candidate Sunil Jakhar with a margin of 82,459 votes to bag the Gurdaspur Lok Sabha seat in Punjab in the recently concluded general elections.