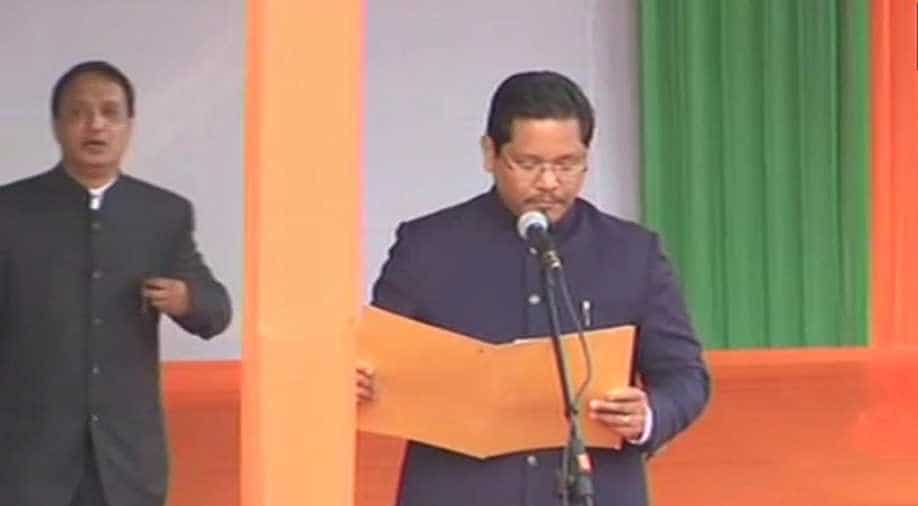 In a much-anticipated oath-taking ceremony, NPP president Conrad Sangma's party members arrived in Shillong today to take oath to form the new government in Meghalaya as the BJP helped to setup another government in the North East.

Read: Who is Conrad Sangma?

Council of Ministers being sworn-in at oath ceremony in Meghalaya's Shillong pic.twitter.com/SUWZEQ34cZ

Last week Meghalaya polls had thrown up a hung assembly, however, to break the deadlock the BJP along with the United Democratic Party (UDP) extended support to the NPP after it bagged the second largest seats - 19 in all - in the 60 member state assembly.

Although the Congress had bagged 21 seats but it wasn't able to cobble together a government as the Opposition was determined to form a "non-Congress" in the state.