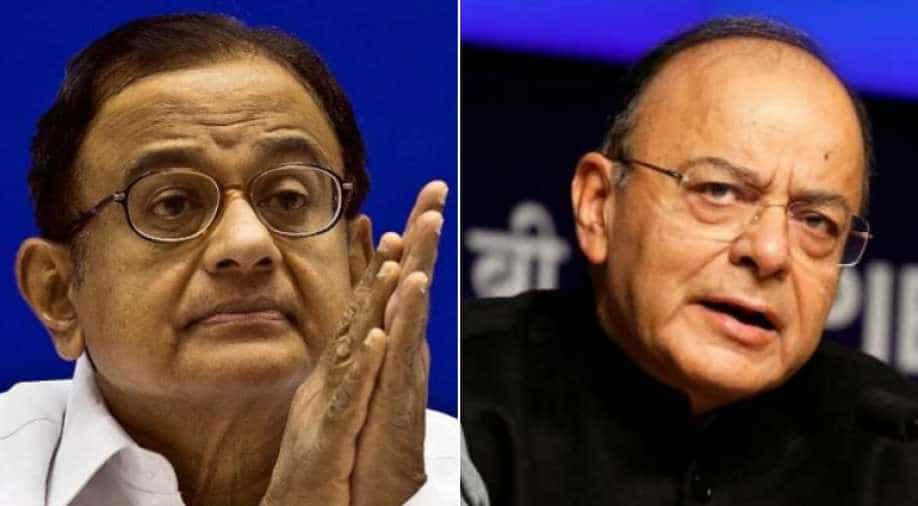 The BJP said Tuesday that some of the ideas in the Congress manifesto were "positively dangerous".

The pushback — the Congress manifesto had been released earlier on Tuesday — was launched by Union Finance Minister Arun Jaitley who said the ideas were "an agenda for the Balkanisation of India".

Jaitley was by and large referring to what the Congress manifesto has said about Kashmir.

The five big promises made by the Congress on Kashmir are:

2. The Armed Forces Special Powers Act (AFSPA) will be reviewed

3. That fewer soldiers, and more policemen instead, will be stationed in Kashmir

4. That talks in Jammu and Kashmir will be held without preconditions

5. And finally, that three interlocutors will be assigned to hold talks in Kashmir

Jaitley said Tuesday that some of the points in the Congress manifesto seem like they had been drafted by the Congress president's (Rahul Gandhi) "friends in the tukde-tukde gang".

"They're against the unity of India," Jaitley said.

The Congress's 55-page manifesto — it is called "Hum Nibhayenge" or "We Will Deliver" — focuses on addressing the issues of joblessness, farm distress, the safety of women and the boosting of the rural economy, with a stress on building a narrative around the "real issues" faced by the people.

For farmers, Congress promised to put them on the path from "Karz Maafi" (loan waiver), to "Karz Mukti" (freedom from loans).

This the party said would be done through remunerative pricing, lower input costs, and assured access to institutional credit, the party said, adding it will present a separate "Kisan Budget" every year, if voted to power.

Speaking on the occasion at Congress headquarters here, Gandhi said the Congress will allocate six per cent of GDP to education, strengthen government hospitals and give high-quality healthcare access to poor if voted to power.

The party also promised to enact the Right to Healthcare Act and guarantee every citizen free diagnostics, out-patient care, free medicines and hospitalisation, through a network of public hospitals and enlisted private hospitals.

The Congress's Nyay scheme meanwhile envisages the giving of Rs 72,000 a year to five crore EWS families each. And it said Tuesday that, if it came to power, it would bring in one single (moderate) GST rate.

Jaitley said the ideas were "unimplementable".

The Congress's P Chidambaram — he and Jairam Ramesh began their press conference even as Jaitley was still speaking — was quick to reply that "every word here (in the manifesto), we heard from the people of India".

"This is what the people want," Chidambaram said.