Come what may, government will ensure that refugees get Indian citizenship: Amit Shah on CAA 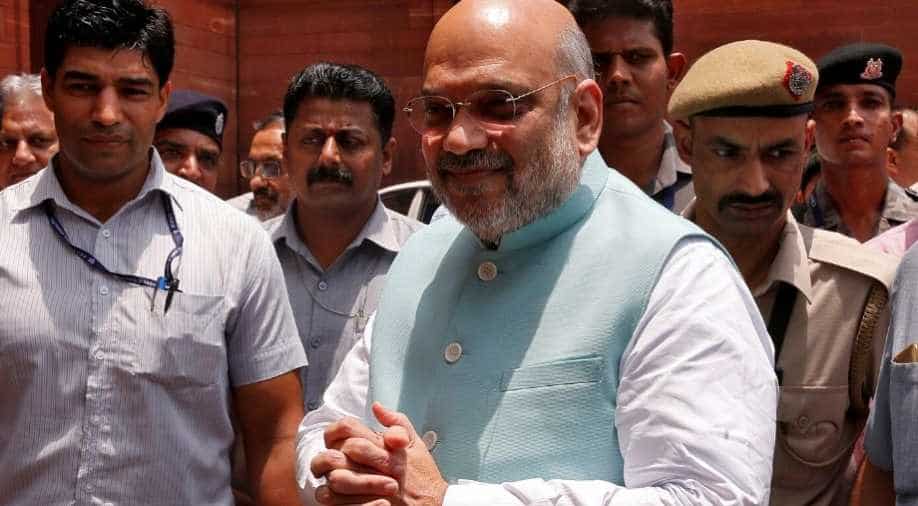 While speaking at a rally in Delhi, Shah also said, 'Come what may, the Modi government will ensure that these refugees get Indian citizenship and live as Indians with honour'.

Union Home Minister Amit Shah on Tuesday accused the opposition of misleading the country on recently enacted Citizenship Act. He also said that the law, which has triggered violent protests across the country, does not have any provision to strip people of their citizenship.

"Entire opposition is misleading the people of the country. I reiterate that there is no question of taking away the citizenship of any person from any minority community. There is no such provision in the bill," Shah said.

While speaking at a rally in Delhi, Shah also said, "Come what may, the Modi government will ensure that these refugees get Indian citizenship and live as Indians with honour".

Home Minister's comment came amid the violent protests that spread across the country against the Citizenship Amendment Act which was passed by Parliament last and became a law after Presidential assent ton November 12.

The legislation grants Indian citizenship to refugees from Hindu, Christian, Sikh, Buddhist and Parsi communities fleeing religious persecution from Pakistan, Afghanistan, and Bangladesh who entered India on or before December 31, 2014.

Earlier in the day, clashes broke out in east Delhi between police and the angry mob who was protesting against the bill. The police fired tear gas and while they were trying to disperse the crowd. According to the report, the protestors pelted stones at the police personnel and vandalised that three public buses and some bikes.

On Sunday, clashes between police and protestors erupted in Delhi's Jamia university which drew strong criticism over the police using force on university students.

Meanwhile, Delhi Chief Minister Arvind Kejriwal called for peace as he said "No form of violence is acceptable in a civilised society. Nothing can be gained by violence."