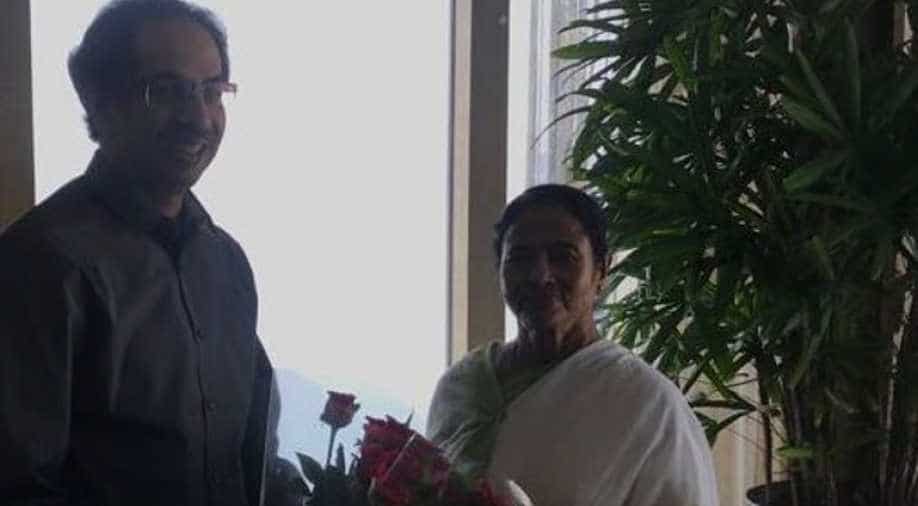 Uddhav Thackeray's Shiv Sena is aligned with the BJP-led Maharashtra government, however, his party has been reduced to the fringes with chief minister Devendra Fadnavis leading a majority government in the state.

Uddhav Thackeray has often disagreed with the BJP on several issues, also with the Modi government at the Centre.

During the recent presidential polls, the Shiv Sena leader had said his party wouldn't support Ram Nath Kovind's candidature if his name was being put up to "merely capture Dalit votes".

"Shiv Sena has always kept away from such vote-bank politics," Uddhav had said.

Mamata Banerjee too has had major differences with the Modi government ranging from Aadhaar to the Darjeeling crisis. The Bengal chief minister has been softly lobbying to set up a third front against the BJP for a long time.

About the meeting with the Mamata Banerjee, the Shiv Sena in a statement said: "The meeting between Mamata Banerjee and Uddhav Thackery was just a courtesy call and there is no other meaning to it."

However, political pundits feel the "courtesy call" could lead to a "political handshake" in the future as parties across the country gear up for elections in less than two years.