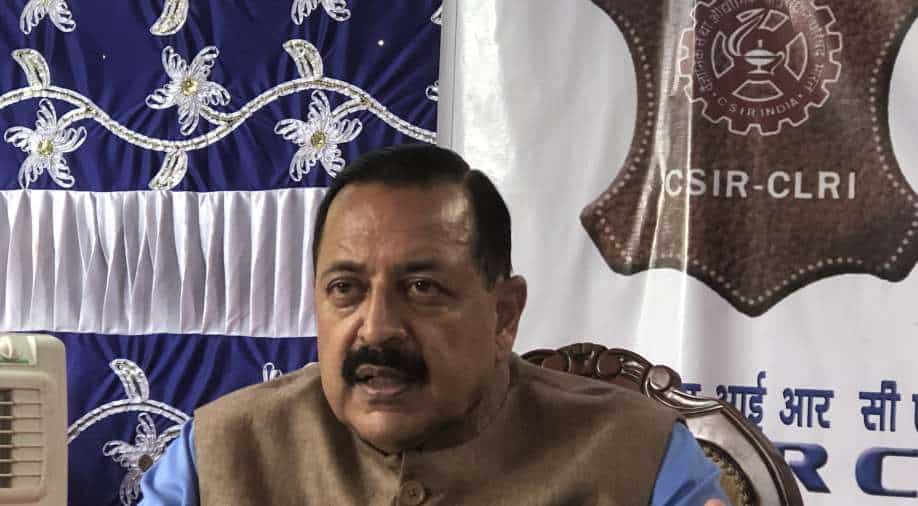 Responding to WION, Jitendra Singh said that women scientists are playing a crucial role in the Gaganyaan mission through various technological domains

India's space programme and launch missions have been delayed by the pandemic, thus affecting the timelines of high-profile missions such as Chandrayaan-3 (the third Lunar mission) and Gaganyaan (human spaceflight mission).

Speaking at an event organized by the Council of Scientific and Industrial Research, Central Leather Research Institute in Chennai, Dr Jitendra Singh, Union Minister for State, Science and Technology, reminisced about his visit to India's space station, Satish Dhawan Space Centre in southern Sriharikota island, in 2014. He mentioned seeing a live rocket up close, just a few hours before its launch.

During a media interaction, responding to WION's question on the timelines of India's upcoming spacefaring missions, Singh said that the Lunar Mission Chandrayaan-3 would happen by the end of 2022 and that the Gaganyaan mission would take place in phases over the next two years.

Also read | Watch: ISRO tests rocket booster that is among the largest-of-its-kind in the world

"Chandrayaan-3 mission will happen by the end of this year. For Gaganyaan (human spaceflight), there will be two preliminary missions which will be unmanned. The first one will be totally unmanned while the second one will carry a robot called 'Vyommitra'. Both of these unmanned missions will take place in the next year (2023) and in 2024, we will have the actual human spaceflight," he told WION.

He also added that women scientists are playing a crucial role in the Gaganyaan mission through various technological domains.