Chandrayaan-2 to perform 15 maneuvers, countdown for the launch begins 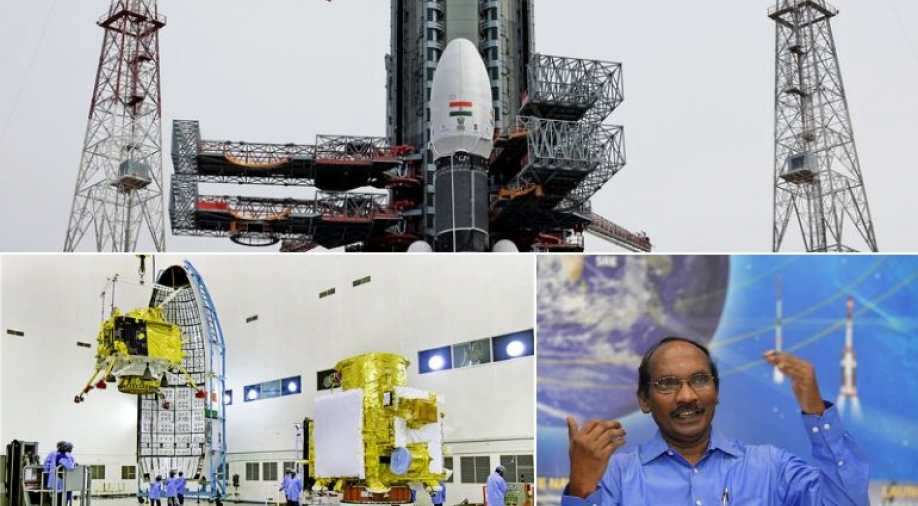 Chandrayaan-2 will be landing on the moon very slowly. 'It will land on the South Pole. There is a lot of scientific testing to be done regarding the mission. Scientists around the world are looking forward to the launch,' said the ISRO chief.

ISRO has successfully completed the launch rehearsal of the Chandrayaan-2 mission.

The launch is slated for July 22."Chandrayaan-2 will be launched on Monday afternoon. All the preparatory works regarding the launch have been completed. Technical snags that developed in the first attempt have been rectified," Sivan told reporters.

"The 20-hour countdown will begin at 6.43 pm today. It will be launched at 2.43 pm tomorrow. All arrangements are going well," he added.

He said that Chandrayaan-2 will be landing on the moon very slowly. "It will land on the South Pole. There is a lot of scientific testing to be done regarding the mission. Scientists around the world are looking forward to the launch," said Sivan.

Speaking to ANI in New Delhi, Gauhar Raza, a retired chief scientist from the Council of Scientific and Industrial Research (CSIR), said, "ISRO took a very responsible step by calling off the launch on July 15 after the scientists discovered an anomaly in the helium tank."

Gauhar believes that the scientists stay under pressure till the last moment while launching any complex mission.

"It is their responsibility to take a correct decision even under immense pressure," he added.

Ravi Gupta, a retired scientist from the Defence Research and Development Organisation (DRDO), told ANI, "I am very confident that the mission is going to be successful. India will reach the moon and beyond. We do face problems in such a complex mission, but the success lies in timely identification of any abnormality and taking the corrective steps accordingly."

"I believe that not only our scientists but our industry is also going to a higher level, which will eventually help our economy to rise. Our industry is the backbone of our economy. That is why this mission is intrinsic for our country," he said.

PK Ghosh, also a space scientist, told ANI, "There have been a series of delays due to technical snags but I believe that scientists took a correct decision by delaying the last launch as nobody wants to see this mission getting failed. All the tests are completed. I believe the launch will successfully take place on Monday."

The Chandrayaan-2 was scheduled to be launched on July 15. However, less than an hour before the launch, the mission was aborted after a technical snag was detected.

Chandrayaan-2 will explore a region of Moon where no mission has ever set foot. The spacecraft consists of an orbiter, a lander, and a rover together referred to as "composite body."

The probe's total mass is 3.8 ton and is expected to land on the Moon's south polar region on September 6 or 7 this year.It will be the first Indian expedition to attempt a soft landing on the lunar surface.

This mission will make India the fourth country after the US, Russia, and China to carry out a soft landing on Moon.