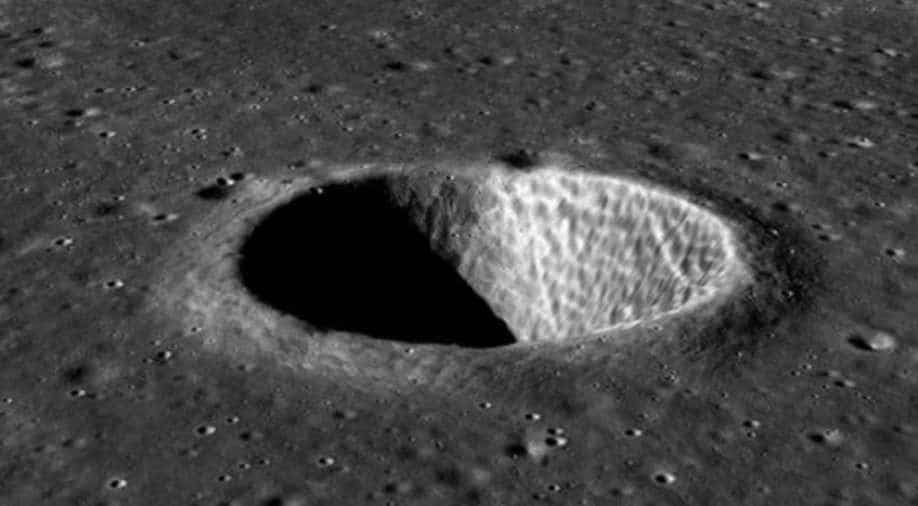 The images of a crater from the lunar surface was captured by the Terrain Mapping Camera-2 aboard Chandrayaan-2.

The Indian Space Research Organisation (ISRO) on Wednesday released new three-dimensional images from the moon`s surface captured by the Chandrayaan -2.

The images of a crater from the lunar surface was captured by the Terrain Mapping Camera-2 aboard Chandrayaan-2.

"Have a look of 3D view of a crater imaged by TMC-2 of #Chandrayaan2. TMC-2 provides images at 5m spatial resolution & stereo triplets (fore, nadir and aft views) for preparing DEM of the complete lunar surface," ISRO tweeted from its official handle.

These include - Craters (formed by impactors), Lava tubes (potential sites for future habitability), Rilles (furrows formed by lava channels or collapsed lava tubes), Dorsa or wrinkle ridges (formed mostly in Mare regions depicting cooling of and contraction of basaltic lava), Graben structures (depicts the structural dislocations on the lunar surface) and Lunar Domes/ Cones (denoting localized vents of past volcanism on the Moon).