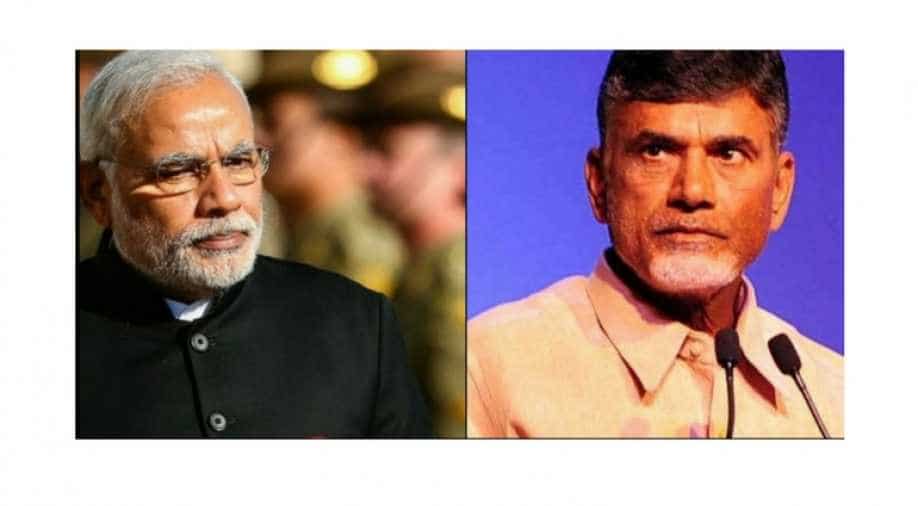 After weeks of wrangling with the NDA over special status to Andhra, chief minister N Chandrababu Naidu's Telugu Desam Party(TDP) finally decided to pull out of the BJP-led NDA coalition at the Centre.

The party has gone a step further and said it will support a no-confidence motion against the NDA in Lok Sabha along with other parties against the Centre today.

YSR Congress Party MP YV Subba Reddy in a letter has informed the Lok Sabha Secretary-General that his party would be moving a motion on 'No-Confidence in the Council of Ministers' in the lower of Parliament today.

The party politburo meeting was planned for Thursday evening, the decision to quit the ND was finally taken during Chandrababu's tele-conference with party leaders.

The TDP will write a letter to BJP president Amit Shah and also other constituents of the NDA informing its decision and the reasons for it.

TDP had already pulled out its ministers from the Union Cabinet - Ashok Gajapathi Raju Pasupati and MP YS Chowdary - after differences with the Centre over granting special status to the state, a move which would have given Andhra central funding a 90:10 ratio, with the centre paying the larger share.

Our party will be moving no-confidence motion today (in Parliament). We have decided... we are out of the NDA: Thota Narsimhan, TDP MP pic.twitter.com/73StNsOjtF