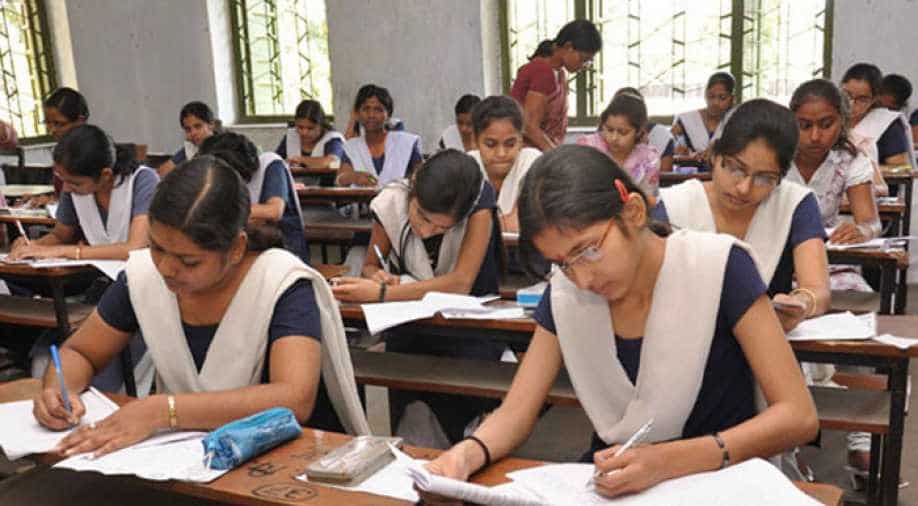 The CBSE exams started late at few centres in the national capital today as many of them expressed inability to follow the new "leak-proof" system put in place for the first time after question papers for two subjects were leaked.

Meanwhile, the Central Board of Secondary Education (CBSE) also postponed class 12 and class 10 examinations scheduled to be held today in Punjab at the request of the state government in view of 'Bharat bandh' called by several Dalit organisations against the "dilution" of the SCs/STs (Prevention of Atrocities) Act.

Following the leaks of Economics and Mathematics question papers, the CBSE had announced that the examination centres would henceforth receive an encrypted copy of the question papers on e-mail and they would need to download and print themselves.

The schools were to receive an e-mail link of the question papers, log in using passwords sent for the purpose, and then print over 2,000 sheets of paper until 10:15 AM -- 15 minutes before the exam -- under surveillance.

The process, however, was delayed in some schools.

"We have contacted all regional offices to take account of the situation. In any case, it is a standard procedure that if the exam starts late, students will be given that amount of time to finish it to ensure there is no loss," a senior CBSE official said.

The HRD Ministry also advised students and parents not to rely on rumours and to report to the CBSE if they come across any "hoax leaked papers" floated on social media.

The CBSE had already issued public notices alerting about fake question papers of Hindi Elective, Sanskrit and Political Science, which were circulating on social media, saying they were indicating "hoax leaks".

The CBSE later in the day issued a statement saying at some centres, the exams were delayed by a few minutes to half an hour due to the bandh.

However, the students were facilitated to reach the exam centres and also given additional time to complete the exam without any inconvenience or anxiety, as per standard procedures, it said.

"Amid an atmosphere charged with rumour mongering, the exams went off without a hitch. CBSE would like to thank all its stakeholders, children, parents and schools for their extreme cooperation and for not giving heed to rumours," the statement said.

While the National Human Rights Commission (NHRC) issued notice to HRD secretary, CBSE chairperson and Delhi Police chief seeking report in four weeks, the apex court agreed to hear a batch of petitions challenging the CBSE's decision to re-conduct Mathematics and the Economics examination for Class 10 and 12 respectively after the question papers were allegedly leaked.

In a separate petition, the Delhi High Court asked the CBSE about its plans, if any, to re-conduct the class 10 Maths test the question papers for which had been leaked recently.

Maths and Economics question papers of class 10 and 12, respectively.

The HRD Ministry had last week announced that the re-examination of the CBSE Class 12 economics paper would be held on April 25, while the Class 10 mathematics re-test, if required, would be conducted only for Delhi-NCR and Haryana in July.

The announcement had come after the board received complaints that the question papers for the two subjects were leaked.