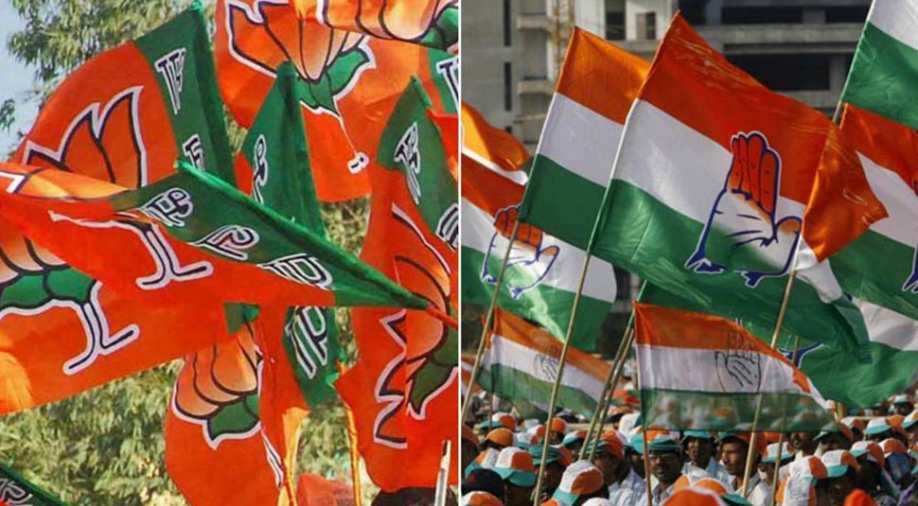 Highlighting the importance of every single vote, both PM Modi and Gandhi exuded confidence that their respective parties will form the government in the state after December 7.

The Bharatiya Janata Party (BJP) leaders attacked the Congress with PM Modi leading from the front, slamming the opposition party over its stand on terrorism, Naxalism and tribal development among others, while Gandhi said farm loans would be waived if the Congress formed the government in the state and asked his party workers not to use any bad word against the prime minister and Chief Minister Vasundhara Raje.

While the prime minister was in Bhilwara, Dungarpur and Kota, Gandhi visited the Ajmer dargah and Pushkar, before addressing rallies at Pokhran (in Jaisalmer district), Jalore and Jodhpur.
Adityanath addressed five rallies in Nagaur, Sikar, Churu, Bikaner and Jaisalmer districts.

Rajnath Singh took part in two rallies at Dholpur and as many in Jaipur district, while Bahujan Samaj Party (BSP) supremo Mayawati addressed rallies at Jhunjhunu and Jaipur.

Both Gandhi and Adityanath addressed meetings in support of the candidates of their respective parties in the Pokhran constituency, whereas Mayawati and Rajnath Singh held separate rallies in the Amber constituency in Jaipur.

Highlighting the importance of every single vote, both PM Modi and Gandhi exuded confidence that their respective parties will form the government in the state after December 7.

"Broadband network reached one lakh villages, 2.5 to 3 lakh kms of optical-fibre line was laid, 12 crore LPG connections, better roads were given in four-and-a-half years of the BJP government at the Centre. Your one vote has provided speed to the country. It has the power to change the country and shape its future," he said.

PM Modi alleged that the Congress had no issues and therefore, was making casteist remarks. Rajnath Singh and Adityanath also targeted Gandhi.

At Ratangarh, Adityanath said the Congress chief was the guarantee of defeat for his party's candidates.

"No Congress candidate wants Rahul Gandhi in his constituency because Gandhi means defeat," he said.

On the other hand, the Congress president said farm loans would be waived within 10 days if his party formed the government in the state.

He also said PM Modi and Raje were left with no issues as they had made false promises and broke people's trust, adding that now they were spreading hatred and anger.

Gandhi, who visited the Ajmer dargah and the Pushkar lake before addressing the rallies, said the Congress government would restart the free medicines scheme and put public money in improving the infrastructure in hospitals, schools and disbursing loans to the youth.

He also cornered the prime minister on the issues of the Rafale deal, demonetisation, favouring top industrialists and the Goods and Services Tax (GST).

Mayawati, on the other hand, termed both the BJP and Congress "anti-Dalit and anti-poor" and alleged that the two parties wanted to abolish reservation in government jobs. She addressed two rallies in Jhunjhunu and in Jaipur district.

The 200-member Rajasthan Assembly will go to the polls on December 7 and the results will be announced on December 11.