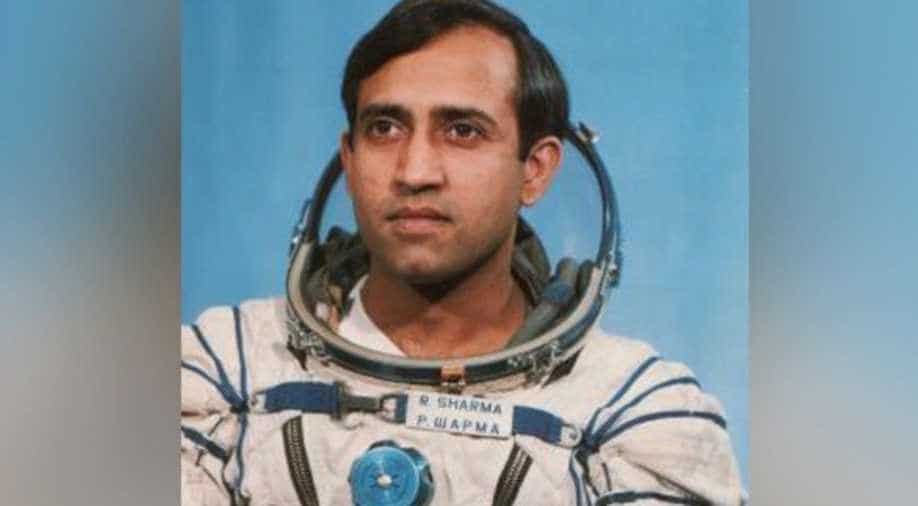 'I was glad to hear that you are feeling well, mentally, physically,' former PM Indira Gandhi told Rakesh Sharma live on national television.

Wing Commander Rakesh Sharma is part of India's space folklore after he became the country's first man in space way back in April 1984 aboard Russia's Soyuz T-11.

India's then prime minister late Mrs Indira Gandhi spoke to Rakesh Sharma on that historic day, lauding his effort, asserting that it was a "historic endeavour which would make India space conscience and inspire our young people to be more adventurous."

"Your work has great significance for increasing humankind's knowledge of the mysteries outer space and its direct bearing on the planet's ecosystem and the other information we need, we want to use this knowledge for peaceful purposes and for all the people of the world."

"I was glad to hear that you are feeling well, mentally, physically," former PM Indira Gandhi told Rakesh Sharma live on national television.

"We equally admire the hard work put in by Wg Cdr Ravish Malhotra who has been a good companion to you during the arduous years of preparation. Your flight is eloquent testimony of the all-round cooperation between India and the Soviet Union."

"The government of India appreciates the Soviet Union's generous collaboration in this field. You are far in distance with us but our hearts and thoughts are with you," the former PM said as the nation watched.

"I will ask just a few questions," the prime minister said. "Wg Cdr Sharma you had a tough training on Earth and a similar sort of atmosphere was created just like in space, now you are actually in space, so are you feeling just like you feel on Earth?

To this, Rakesh Sharma replied: "First of all, as a citizen of India, I would like to thank you and my crew members thank you as well."

"Just like you said, my training and Ravish Malhotra's was very difficult. Now we understand this training was needed, Sharma said, adding, "we docked without any difficulty, we felt as if we were in a simulator, this shows our tough training was essential."

"I can say without any hesitation "sare jahan se aacha"(best in the world)."

Indira Gandhi with a smile then asked, "How are you feeling? Do you want to give us some message or to your family?"

"I am doing well, my health is fine, we are eating a lot, in fact when we docked the crew members prepared food on the table, there were flowers probably made of plastic."

"We had hot food," Rakesh Sharma added. "There is no problem at all over here, we are all feeling good, just like you are watching us right now."

"Your work has a lot of importance, a lot of mysteries would be revealed which will have a direct effect on our environment here on Earth, we will get other information as well, we want this knowledge is used for world peace."

"Wing Commander Ravish Malhotra also worked very hard, we appreciated his effort as well. Your flight is a beautiful example of India-Soviet friendship."

"The people of India are watching you and listening to our conversation, our people, India's Parliamentarians and especially me are hoping that you have a successful mission."