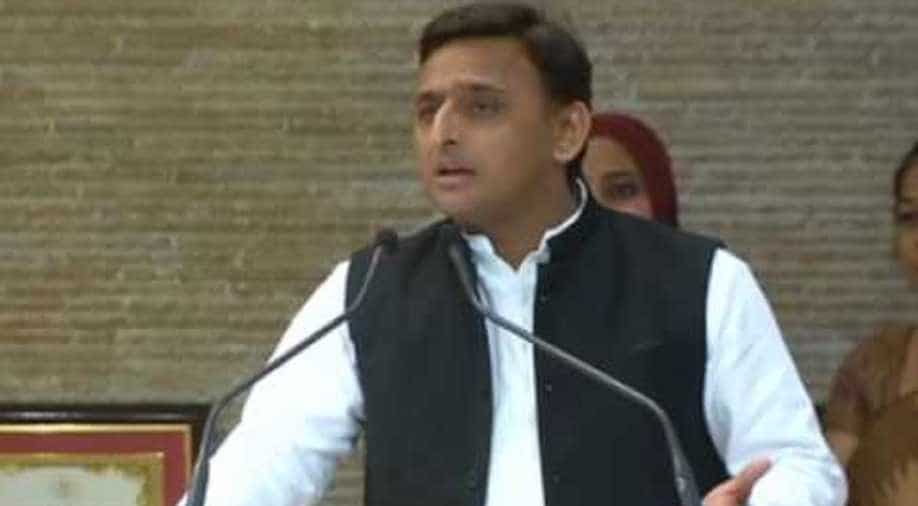 Samajwadi Party president Akhilesh Yadav said that the Yogi Adityanath government in Uttar Pradesh has "not done anything significant" so far, as he targeted the BJP, which will be completing its one year in power in the state today.

He said that deviating from the "real issues" was the character of the BJP and only the regional forces "can stop its march", according to a statement issued by his party.

The former chief minister, who was attending a programme organised by a news channel, said, "The government of Yogi Adityanath has spent its first year in office by removing the word 'Samajwadi' from various schemes."

"The BJP has divided the society in the name of religion and festivals. It has duped the people into making a number of promises in its election manifesto. Deviating from the real issues is the character of this party (BJP), and only the regional forces can stop its march," he said.

He claimed that farmers, traders, youth and women were facing difficulties in the BJP rule. "The BJP government has zero sensitivity. This government has virtually destroyed helpline services like Dial-100, 1090 women powerline besides 108 and 102 ambulance service," he alleged.

"The public is disenchanted with the BJP governments - both at the centre and in the state. This effect was seen in the outcome of the recently-held Lok Sabha byelections in Gorakhpur and Phulpur. The people have rejected the BJP and this will be visible in 2019," Mr Yadav said.