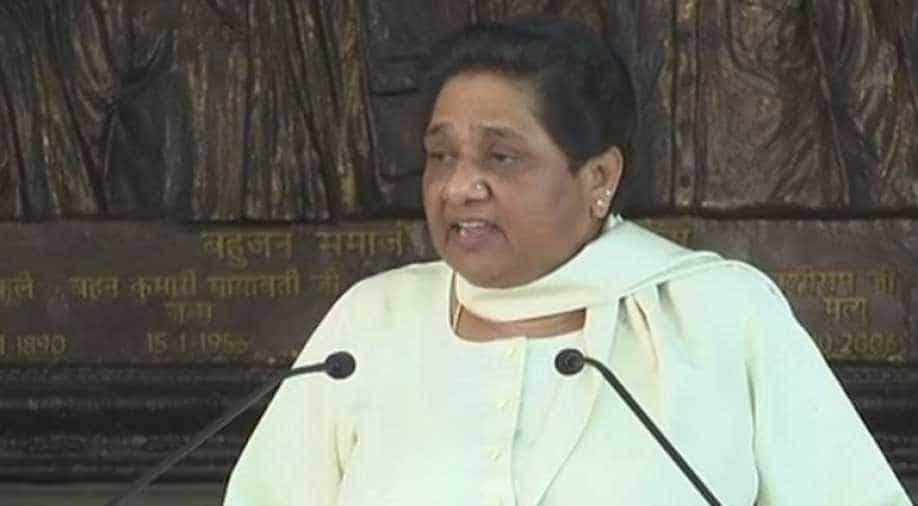 On her 64th birthday on Wednesday, BSP chief Mayawati slammed both the BJP and the Congress and said that both have ignored people's welfare during their governments.

"The BJP-led Central government is also following the path of Congress party. BJP like Congress has kept aside issues of people welfare and national interest," Mayawati said at a press conference here.

"It is misusing its powers for political gains. Wrong policies of government have led to disturbance of law and order situation across the country, which is a matter of national concern. Poverty, unemployment, anarchy, violence have gone beyond what was there during Congress rule," she said.

The BSP chief said that the nation's economy has taken a hit due to Centre's policies.

She also released a book today about her struggle and BSP's journey in the last year.

Emphasising that her party is against the Citizenship (Amendment) Act, 2019, Mayawati urged the Centre to withdraw the Act as it is unconstitutional said it is not right to exclude Muslims.

The former chief minister said that the recently implemented police commissionerate system in Noida and Lucknow is good but the state government doesn't have the will power to take action criminal elements.

"There is no law and order in Uttar Pradesh, there is 'jungle raj'. BJP has criminals at the party but the government does not take action. I acted against BSP MLAs during my government," she said.