Priyanka Gandhi to Mayawati: She must visit Rajasthan to meet Kota victims's 'families' 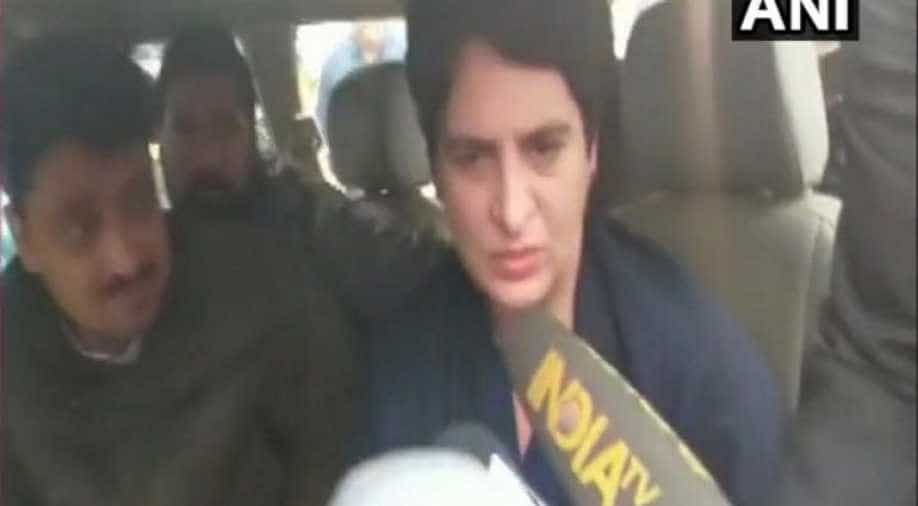 "She (Mayawati) should visit Rajasthan to meet victims' families," Priyanka Gandhi told reporters while responding to the BSP chief's statement.

Snapping back at BSP supremo Mayawati for criticising her of being silent over the Kota infants death incident, Congress general secretary Priyanka Gandhi Vadra on Saturday said that Mayawati herself should visit Rajasthan to meet the kin of the victims.

Priyanka's reaction comes after Mayawati questioned her silence on the death of infants in Kota and said the Congress leader should have met the women who had lost their children due to "laxity" of the Ashok Gehlot-led government in Madhya Pradesh.

"She (Mayawati) should visit Rajasthan to meet victims' families," Gandhi told reporters while responding to the BSP chief's statement.

Expressing grief over the death of the infants, Congress leader said that she has taken the details of the case.

"I have taken details of the issue and a Congress team has gone there to get more information on the matter," she said.

Taking cognisance of the issue, Mayawati had on Thursday said that the Ashok Gehlot-led Madhya Pradesh government remains "insensitive and irresponsible towards it, which is extremely condemnable."

In another post, Mayawati had said that what was "sadder" is the "top leadership of the Congress and, in particular, its woman general secretary" staying silent on the issue.

She added that if the "woman general secretary of the Congress" will not visit Kota to meet the mothers who lost their children, then her meetings with families of victims in Uttar Pradesh will be considered for political interest and drama.

The death toll of infants in JK Lon Hospital in Kota reached 107, said, a hospital official.

A three-member state government committee of doctors, who was sent to investigate the matter on December 23 and 24, found that Kota's JK Lon Hospital is short of beds and it requires improvement.

However, the committee gave a clean chit to the doctors for any lapses over the recent death of infants admitted there.