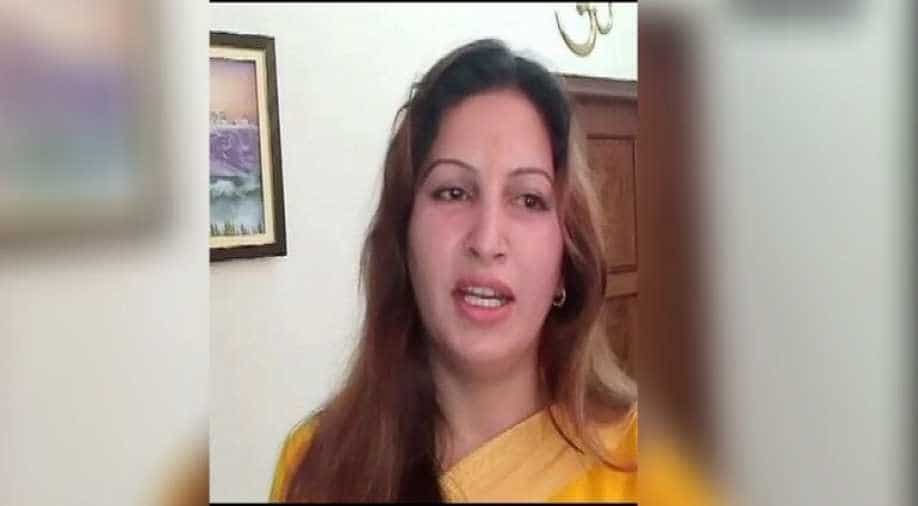 'My party, BJP, gives me the strength and the backing needed. I do not have to be dependent on anyone else,' Sonali Phogat said.

Clad in a bright yellow saree, recording a video of herself to share with her countess social media followers - this is how TikTok star Sonali Phogat, the Bharatiya Janata Party (BJP) candidate from Adampur, set out to file nomination for the assembly polls.

Her celebrity status on the video app catapulted her into an election candidate for the ruling party. Phogat on Friday asserted that she will win, despite being fielded against Congress strongman Kuldeep Bishnoi - third time sitting legislator from the seat and son of three-time Haryana chief minister, late Bhajan Lal.

"My party, BJP, gives me the strength and the backing needed. I do not have to be dependent on anyone else. I have been connected with the party for the past 12 years and that is why I have been given the ticket from Adampur," she told reporters.

Enroute filing nominations, Phogat said that the support of the party leaders and her fans will ensure her win.

"Today I am going to file nomination papers for my candidature from the Adampur seat, our Lok Sabha MP Vijendra Choudhary, UP Minister Choudary Bhupinder Singh and district chief, along with the former candidate from the Adampur Vidhan Sabha seat, the voters from my region and my fans will come in large numbers to support me," Phogat said.

It remains to be seen whether the social media star will be able to reap benefits for the BJP in the Jat-dominated Adampur seat.

Elections for the 90 member Assembly seat of Haryana will be conducted on October 21, along with Maharashtra, and the results will be declared on October 24.