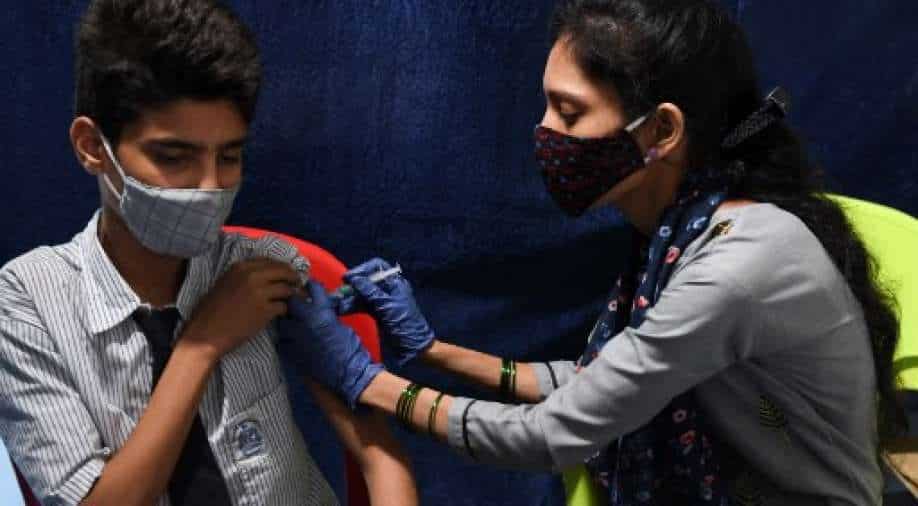 A health worker inoculates a student with a vaccine dose against the COVID-19 in Mumbai  Photograph:( AFP )

Biological E's coronavirus vaccine Corbevax has received an emergency use approval in India for use in children aged 12 to 18 years.

Biological E Ltd, a Hyderabad-based pharmaceutical business, announced on Monday that its coronavirus vaccine, Corbevax, has acquired emergency use approval in India for children aged 12 to 18.

So far, only children aged 15 and up have been vaccinated in India so far.

More than 76 million children aged 15 to 17 have been vaccinated, mostly with Covaxin, according to government estimates.

According to Dr. NK Arora, Chairman of India's COVID-19 Working Group of the National Technical Advisory Group on Immunization (NTAGI), the vaccine is safe and has higher immunogenicity and antibody levels than some other vector vaccines.

In compared to Omicron, the vaccine has showed "greater action," according to the NTAGI chief.

According to sources, the Indian government has made an order with Biological E for five crore doses of the 'Corbevax' COVID-19 vaccine, each costing Rs 145.

Corbevax in late December was given emergency use approval for use in adults, but it has yet to be included in the national immunisation program.

On August 21, last year, the Centre placed an order for 300 million Corbevax medicines.

So far, India's vaccination programme has employed almost 1.76 billion vaccine doses, with roughly 84 per cent of those being a domestic version of AstraZeneca's COVID-19 shot made by the Serum Institute of India.

The third wave of COVID-19 infections in India, caused by the Omicron coronavirus variety, has largely subsided, with the government reporting 16,051 infections on Monday, down from over 300,000 in late January.