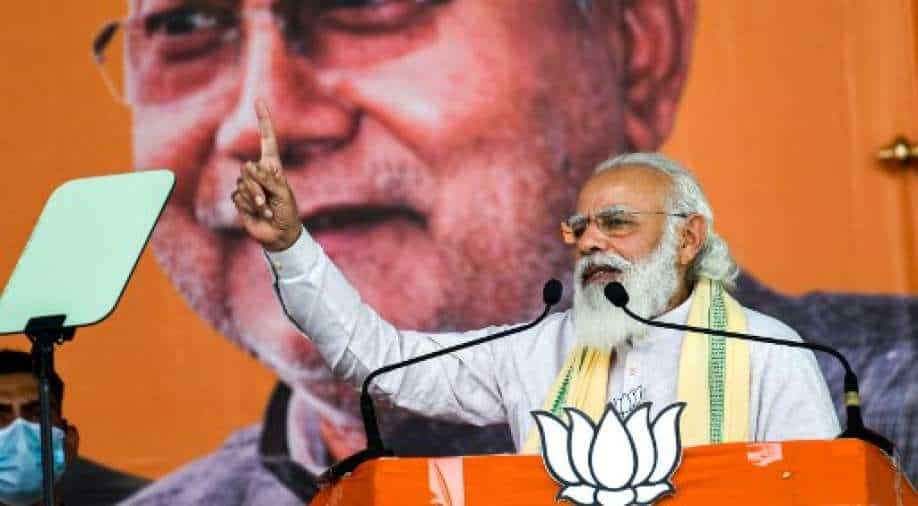 Bharatiya Janata Party (BJP) looks set to emerge as the single-largest party in Bihar polls as it is leading on 73 seats in the state, as per the Election Commission of India's initial trends.

The National Democratic Alliance (NDA) has crossed halfway mark as per the Election Commission of India's (ECI) latest trends for all 243 seats at 12:15 pm--NDA is leading on 127 seats - BJP 73, JDU 47 and Vikassheel Insaan Party 7.

The BJP is marching ahead as per the early trends, having an upper hand over JDU.

While Mahagathbandhan is ahead on 100 seats - RJD 61, Congress 20, Left 19. BSP is leading on one, AIMIM on three, LJP on five and independents on seven.

Chirag Paswan's Lok Jan Shakti Party is leading on five seats so far (at around 11:55 am).

Counting of votes polled in Bihar Assembly elections began at 8 am on Tuesday at 55 counting centres across 38 districts of the state.
On one side is the NDA, which includes JD-U (115 seats), BJP (110 seats), Vikassheel Insaan Party (11 seats) and Jitan Ram Manjhi's Hindustani Awam Morcha (7 seats).

Mahagathbandhan constitutes RJD (144 seats) and the Congress with 70 seats. Other alliance partners include the CPI-ML (19 seats), CPI (6 seats), and the CPIM (4 seats).

Incumbent Chief Minister Nitish Kumar was the face of the NDA while Mahagathbandhan declared Tejashwi Yadav as its chief ministerial candidate.