Bihar: 9 school children dead after vehicle crashes into them 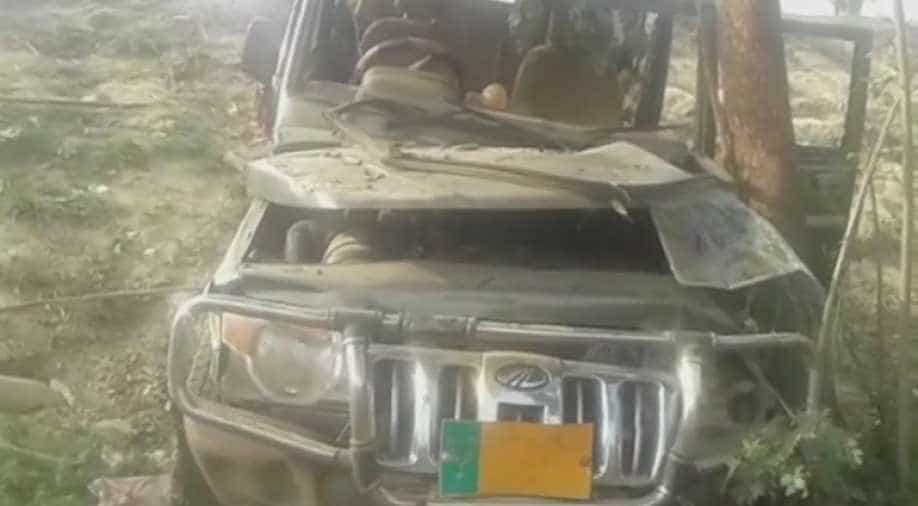 The driver rammed into the children at speed as he was driving away from another location close to the school. Photograph:( ANI )

Twenty others were injured. The incident took place in Muzaffarpur district on Saturday after a speeding vehicle crashed into the children outside their school, police said.

At least nine schoolchildren were killed and 20 others injured in Bihar's Muzaffarpur district on Saturday after a speeding vehicle crashed into them outside their school, police said.

In an apparent case of hit-and-run, the driver didn't stop even after running over the children.

"Eyewitnesses have told us that the driver didn't stop even after running over these middle-school children," Anil Kumar Singh, deputy inspector general of Bihar police told AFP.

"His car overturned after the accident and he ran away from the spot. We are still looking for him," he said.

The 20 injured children have been admitted to hospital, he added.

The driver rammed into the children at speed as he was driving away from another location close to the school.

The incident occurred under Minapur police station area, about 10 km from the district headquarters, when the school got over and the children were returning home.

RJD leader Tejashwi Yadav, who met the injured and the families of the deceased in Muzaffarpur, alleged that he had been told that the vehicle belonged to a BJP general secretary and that the people in the car were intoxicated.

"We're being told the vehicle belongs to a BJP General Secy and the driver is absconding and administration has not been able to arrest him so far. Relatives of the deceased are saying that the vehicle has a BJP Board attached to it and people in it were intoxicated," Tejashwi Yadav said.

The Rashtriya Janata Dal (RJD) Member of Legislative Assembly (MLA) from Minapur, Munna Yadav, who rushed to the spot after the mishap, also alleged that the driver of the vehicle was "definitely inebriated. There has been no control on consumption of alcohol despite the state government's claims of prohibition".

At least 12 children aged between seven and 14 were killed in Uttar Pradesh last year in January after their schoolbus collided with a truck.

More than 150,000 people are killed each year with most accidents blamed on poor roads, badly maintained vehicles and reckless driving.