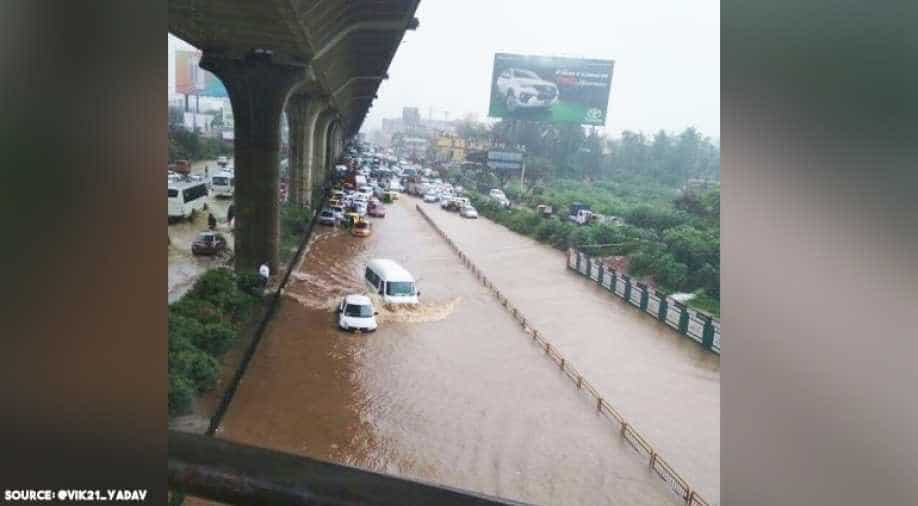 It is bad news for the citizens of Bengaluru as the IT capital of the country has been ranked lowest for urban governance in a latest survey conducted by the city-based non-profit organisation Janaagraha. According to the Annual Survey of India's City Systems (ACICS) 2017 Bengaluru is in last position with a dismal score of 3. The survey is a study of the quality of governance in cities by assessing the laws, policies, institutions and institutional processes that are together referred to as City-Systems.

Pune ranks at the top of the list with a score of 5.1, followed by Kolkata, Thiruvananthapuram and Bhubaneshwar being given a 4.6 score. Surprisingly joining Bengaluru at the bottom is Chandigarh with a score of 3.1. "The parameters are broadly clubbed under four components, urban planning and design, urban capacity resources, empowered and legitimate political representation and transparency, accountabili ty and citizen participation", says Anil Nair, Deputy Head, Advocacy and Reforms, Janaagraha.

Twenty-nine cities were evaluated on over 150 parameters and Bengaluru was found to be heavily lacking in terms of policies and implementation. "Bengaluru has been slipping. In 2015 it was ranked 13, last year it was in the 16th place and this year it is 23. Bengaluru did not take up any reforms that it said it would. For example, a forward-looking legislation like The Karnataka Municipal Accounting and Budgeting Rules 2006 (KMABR) was not passed. Bengaluru is also one of the few cities that has a one-year mayoral term, apart from Mumbai and Delhi, which is a mockery of the three-tier government. Unfortunately, for mainly political reasons, to ensure the state government continues to exert a strong influence over the city, there is reluctance to devolve powers to Bengaluru. That has affected the scores too", says Nair.

But while the ranking is certainly a cause for concern for Bengaluru, there is little reason for the top ranked Indian cities like Pune and Kolkata to rejoice. Pune's top score of 5.1 comes nowhere close to other democratically run international cities like London and New York that have scores of 8.8 and Johannesburg with 7.6. Indian cities are ranked only in the range of 3-5. "It is a matter of utter shame that from a city governance perspective Bengaluru ranks last. That said, the Indian cities that are ranked closer to the top are nowhere near cities like New York and London. This is only a relative ranking", says Tara Krishnaswamy, civic activist and co-founder of Citizens for Bengaluru.

The survey though is certainly a shot in the arm for the strong citizen activism in Bengaluru. As despite showing plenty of enthusiasm, the citizens are denied a part in the decision making and implementation process, this survey has lent more ammunition to resident groups that have been mounting pressure on the administration to implement favourable policies. "The planning is flawed. There is no metropolitan planning committee that is empowered to do the planning. Plans are released by random agencies like BDA and foreign consultants. This essentially means that I cannot hold anyone accountable. Local urban experts are not at all consulted in the process. Citizen participation is in a pathetic  condition. The 74th Amendment mandates every corporation to have ward committees that consist of ordinary citizens who act like watchdogs. Despite the Karnataka High Court ordering formation of ward committees, they have never met. Though citizens are active in Bengaluru, they are not given a systematic way to participate in the process." says Tara.

But how are some of the better off cities like Bengaluru and Chandigarh featuring at the bottom of the list? "The survey does not look at quality of life or ease of doing business. What it looks at is the framework by which the city is governed now, which would give us an idea as to whether the city will be sustainable in the next 10-15 years. Sadly the situation is not encouraging in all Indian cities, be it the garbage issue in Mumbai, frequent floods in Chennai or the traffic issue in Bengaluru. The governance framework in India tends to be very outdated. Hence, the laws and policies have not kept pace with the growth of the cities. Bengaluru might be a desirable destination today, but it might not be able to sustain a few years down the line," says Nair.