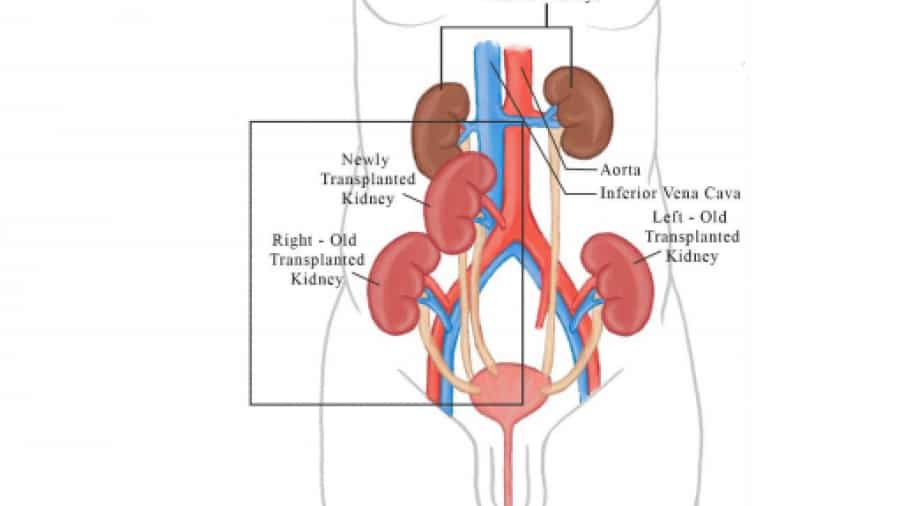 According to Dr. Saravanan, the major challenges in the surgery were that the four existing kidneys (two natural and two transplanted) could not be removed owing to the risk of excessive bleeding.

After a rare and challenging surgical procedure, a chronic kidney disorder (kidney failure) patient, who also suffers from heart ailments, now has five kidneys - a pair that he was born with and three transplanted kidneys. The 41-year old patient, a Bangladeshi national, had undergone kidney transplants (one each) in 1994 and 2005, but both the kidneys ended up failing owing to uncontrolled hypertension. This left him dependent on dialysis.

While admitted at the Madras Medical Mission hospital in Chennai, the patient was also diagnosed with Coronary Artery Disease and underwent a triple bypass surgery(nearly 3 months ago) . It was on July 10th that Dr. S.Saravanan, Vascular and Transplant surgeon at MMM, performed the third transplant surgery on the patient.

According to Dr. Saravanan, the major challenges in the surgery were that the four existing kidneys (two natural and two transplanted) could not be removed owing to the risk of excessive bleeding. If the kidneys were being removed, the patient would have required a blood transfusion, which would have led to the production of anti-bodies and caused the rejection of the new kidney. Additionally, there was the issue of placing the kidney in a body cavity that was already housing four kidneys.

"In the case of kidney transplants, the old kidneys are left behind in the body, as they shrink over time. But here, since there were four kidneys in his system, there was no space to place a fifth. Usually the transplanted kidneys are placed behind the peritoneum, like the natural kidneys, but in this case we had to create space for the fifth kidney, " Dr. Saravanan explained to Zee Media.

He added that the kidney was placed high in the abdominal cavity, right next to the intestine, as opposed to the conventional approach (placement behind the peritoneum). "The transperitoneal approach (through the gut), a surgery rarely performed – even globally – was what saved the day for my patient," Dr. Saravanan says. He means to say that the peritoneum (a cavity that holds the intestine) had to be opened up, in a risky procedure for the kidney to be placed safely.

The doctor emphasized that there was always the possibility of performing a third or fourth transplant after the failure of two transplants and that patients did not have to lose hope. He added that following the procedure, the patient had been discharged, had gone through his first set of post operation check-ups and was continuing to recover well.