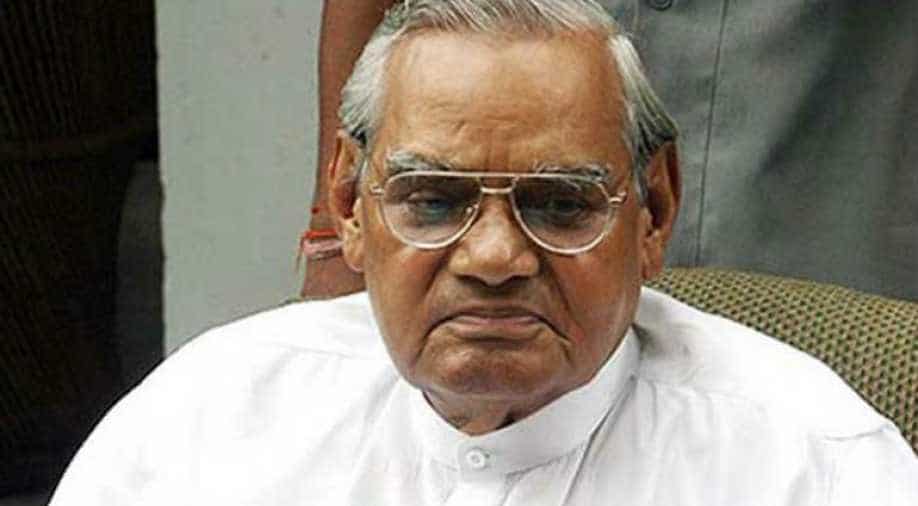 He entered politics during the Quit India movement in 1942. He was also the first external affairs minister to deliver a speech in the UN Assembly in Hindi.

Vajpayee is known for his political acumen and administrative skills; he is also a poet, journalist and litterateur. His political brain was put to test when the NDA - a coalition of 23 parties - came to power at the Centre. Vajpayee successfully led the coalition for five years which had a 'Jumbo Council of Ministers' with 80 members.

It was under Vajpayee's tenure that India conducted its second nuclear test at Pokharan in Rajasthan, despite the international sanctions.

Vajpayee's family belonged to Bateshwar village in Agra, but he was born in Madhya Pradesh's Gwalior where his father was a teacher. He made Uttar Pradesh his political battleground - Vajpayee was Member of Parliament from Lucknow.

Vajpayee was a part of the Jana Sangh, the political wing of the Rashtriya Swayamsevak Sangh (RSS), founded by Shyama Prasad Mookerjee which later merged with the Janata Party in 1977. After the post-Emergency crisis, the Janata Party was unable to sustain its government at the Centre and collapsed. The years that followed saw many political twists and turns and ultimately the birth of the Bharatiya Janata Party (BJP) in 1980 under the leadership of Vajpayee.