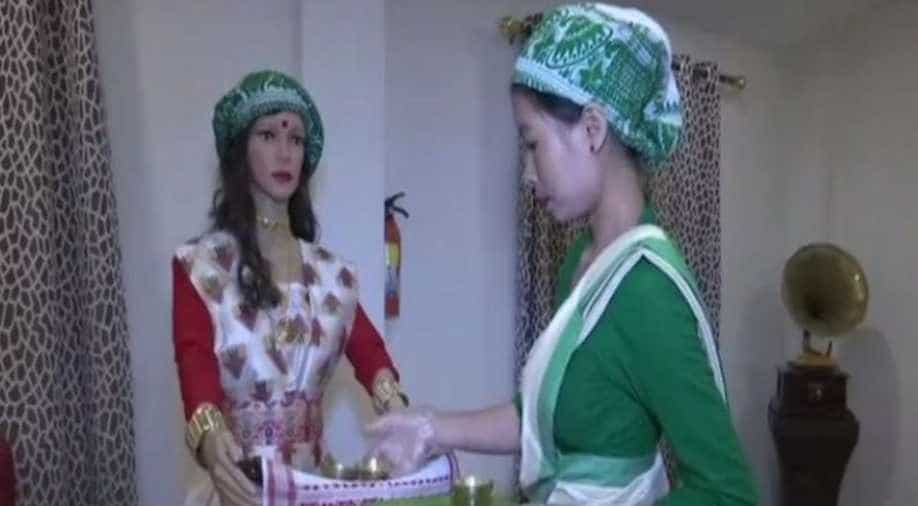 Robot Palki has been designed by S N Farid, the husband of the restaurant's owner Karishma Begum.

Waitress Palki at Guwahati's Uruka restaurant is the talk of the town. The humanoid robot unveiled at the women-run eatery recently has been a hit with patrons, especially the younger generation who enjoy the novelty of being served by her.

Robot Palki has been designed by S N Farid, the husband of the restaurant's owner Karishma Begum.

"This restaurant is being run by a group of women and I am trying to create new fusion cuisine, especially for the young generation. We serve a welcome drink and unlimited starters to our customers. Then, we serve the Assam's tradition food buffet. Recently, I introduced a robot, Palki in order to attract the customers," said Karishma Begum, the owner of Uruka restaurant.

The restaurant specialises in ethnic cuisine and keeping with the theme waitress Palki also dons the traditional Satriya attire.

"I really like this place, the hospitality received here is remarkable. The food is quite delicious here. The robot waitress is quite interesting; it's a new thing for me. She served us delicious food. I haven't seen this kind of robot in other restaurants," said a customer.

Notably, proprietor of the restaurant Farid says he is also working on three more similar robot projects. Humanoid robots are seen to be a trend worldwide.