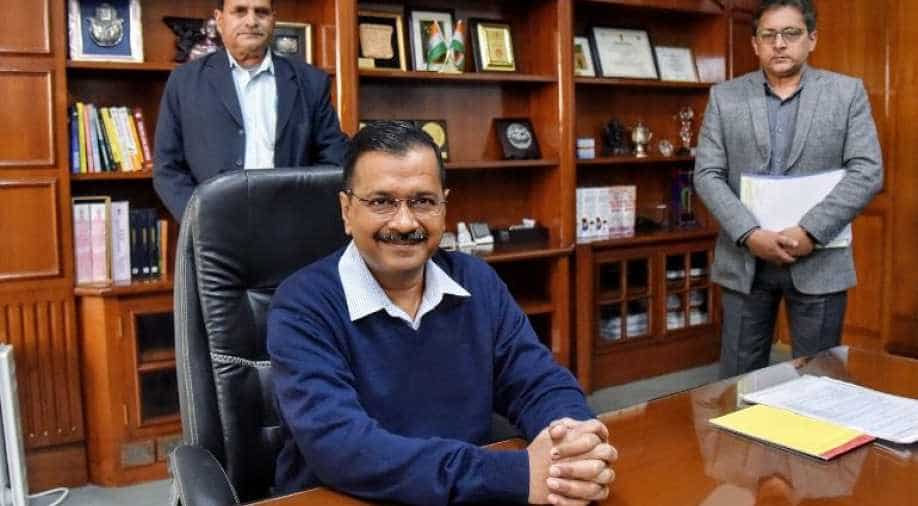 AAP supremo Arvind Kejriwal on Monday took charge as the chief minister of Delhi for the third time.

The new cabinet is going to meet soon. Portfolios of the ministers are expected to be announced after the meeting.

The new ministers said the roadmap of Delhi government's future work will be the priority after portfolios are notified.

Soon after taking charge, Gahlot said fulfilling the points mentioned in the 'guarantee card' will be the priority.

Rai also said delivering the promises mentioned in the 'guarantee card' and the election manifesto will be the new government's priority.

During the poll campaign, Kejriwal had released a 'guarantee card' that promised free bus services for students and 24 hours drinking water supply.

"Just as we worked in the last five years, we will continue to work to make Delhi a safe and beautiful city," Gahlot told reporters.