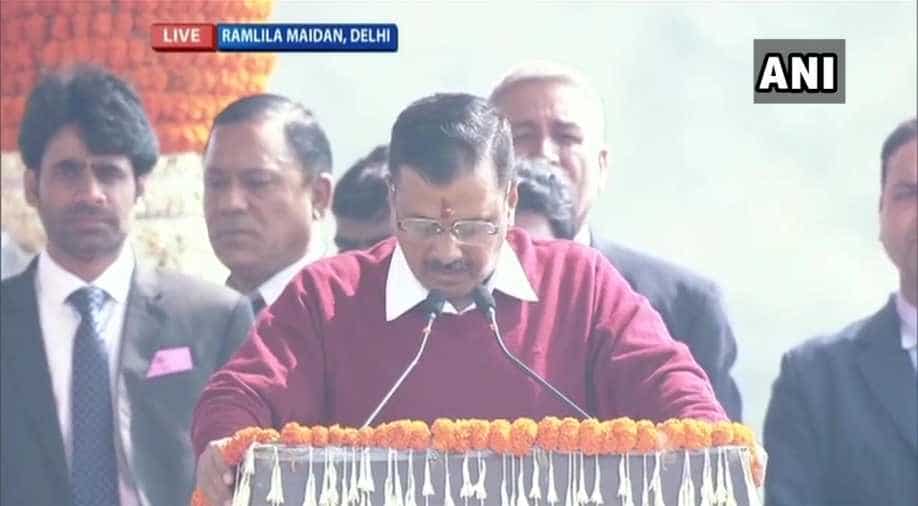 The 51-year-old bureaucrat-turned-politician will be administered the oath of office and secrecy by Delhi's Lieutenant Governor Anil Baijal at Ramlila Maidan.

Arvind Kejriwal, who spearheaded the Aam Aadmi Party (AAP) to another resounding victory in the assembly elections of Delhi by winning 62 seats out of 70 against the BJP led juggernaut, takes oath as the chief minister of city-state today.

Kejriwal is sworn-in as the Chief Minister of Delhi for the third time in a row. Kejriwal is scheduled to take oath along with other ministers at 10 am at a grand ceremony at the Ramlila Maidan. Big banners with messages like 'Dhanyawad Dilli' along with the image of Kejriwal have been put along the route of Ramlila Maidan.

The 51-year-old bureaucrat-turned-politician will be administered the oath of office and secrecy by Delhi's Lieutenant Governor Anil Baijal at Ramlila Maidan here, which has been all decked for the momentous moment. 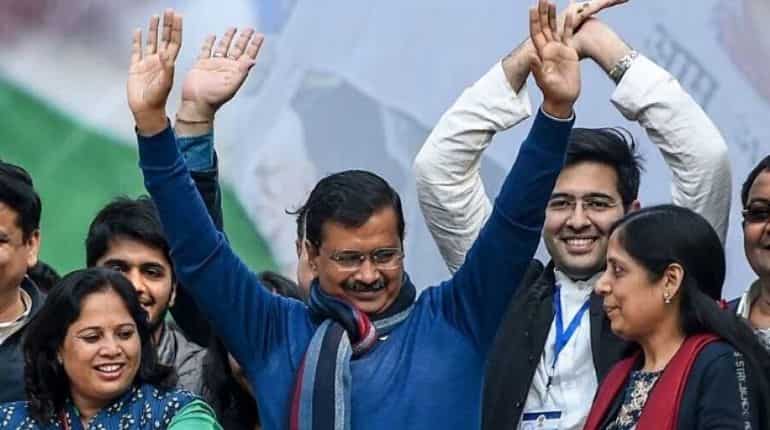 Also See: From IRS officer to Delhi CM, the rise and rise of Arvind Kejriwal

Referring to himself as "son of Delhi", Kejriwal extended an invitation to Delhiites for his oath ceremony and tweeted, "I am so glad that such large number of people are joining the new politics - kaam ki raajniti." On Saturday, Kejriwal, through a tweet, has said that autorickshaw drivers, students, teachers, doctors, labourers etc will be the "chief guests".

The venue also served as the battleground for Kejriwal during India Against Corruption movement in 2011. By winning 62 seats by cashing in on the plank of development, his party nearly repeated its 2015 performance, sweeping the Assembly polls in the face of a high-voltage campaign by the BJP, which had fielded a battery of Union Ministers and Chief Ministers in its electioneering, spearheaded by Home Minister Amit Shah.

The BJP marginally improved its tally, managing just eight seats from its 2015's tally of three seats. The Congress failed to open its account in the second successive election.